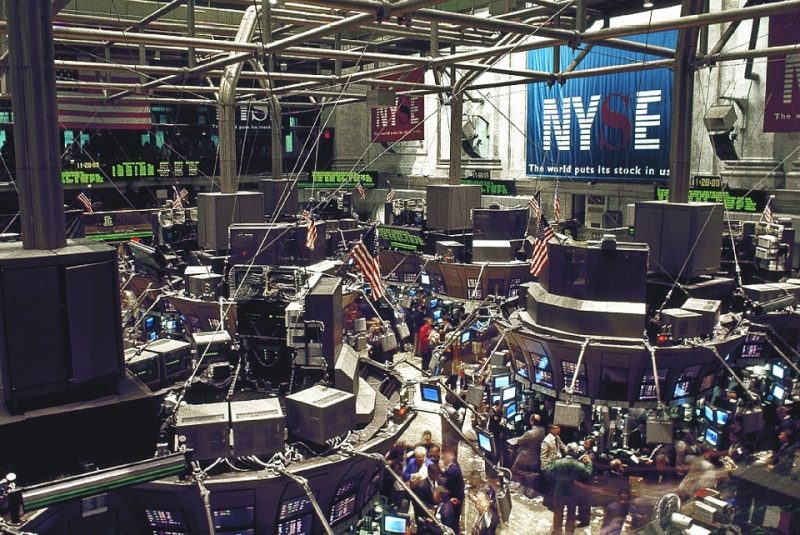 More surprising than the powerful rally stocks have enjoyed since Donald Trump was elected President has been the incredible contraction in stock market volatility.  While the broad market as measured by the S&P 500 Index has climbed some 11.5% since Nov. 8th, the VIX, which measures volatility, has declined by 42% and now sits at ten-year lows. 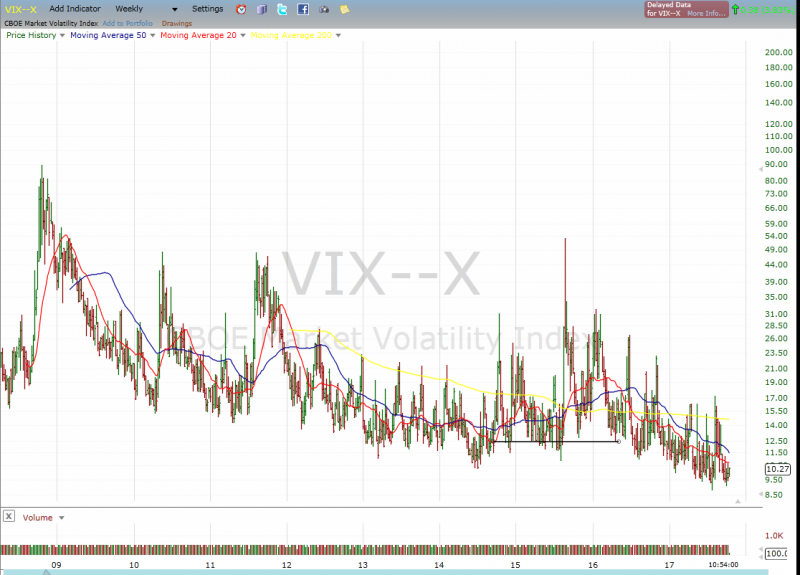 Remember, Trump was supposed to bring chaos, controversy and uncertainty, all synonyms for volatility, and indeed those are all occurring in the public and political arena.

The S&P 500 has also gone its longest period, now 295 trading days and counting, without a 5% pullback.  Historically over the past 20 years the S&P 500 has typically experienced an average of four corrections of 5% or more per year. 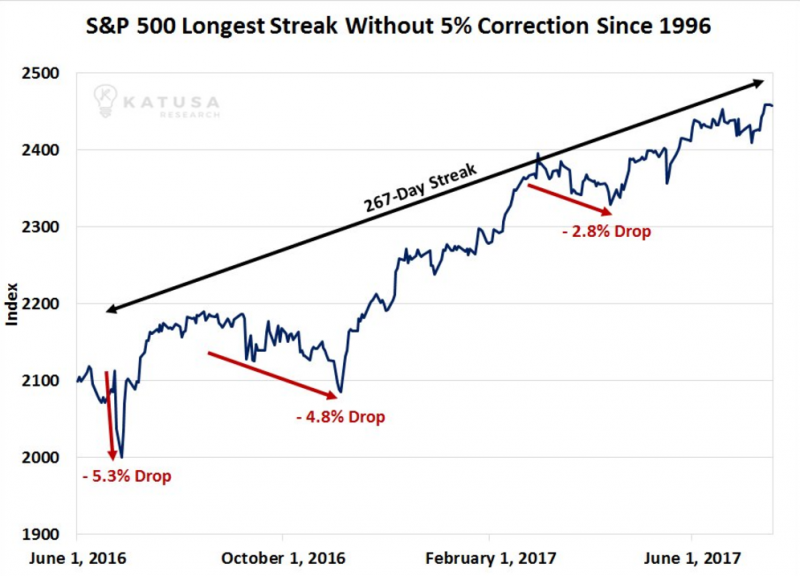 And it’s not just day to day and week to week volatility which has been suppressed. Intraday range, the trading range within any given day, has shrunk to the narrowest it’s been in decades. 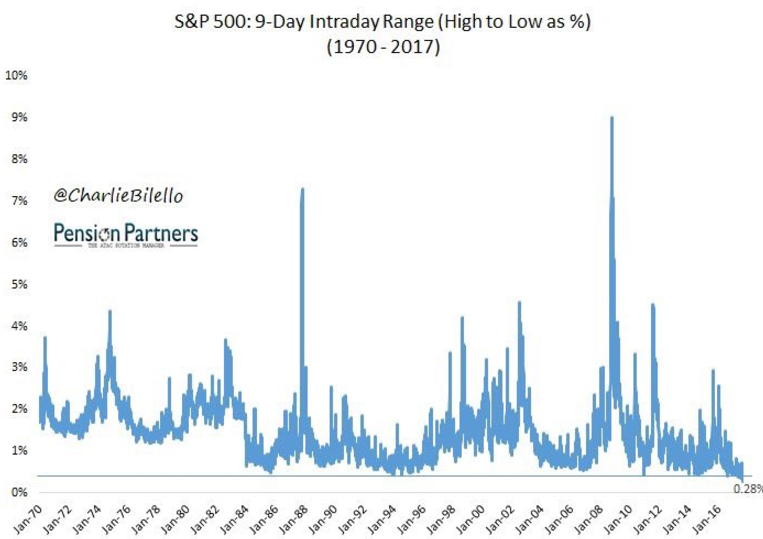 So why is the stock market ignoring or not registering such concerns? Here are three possible explanations for the lack of stock market volatility.

Correlation Collapse: The first explanation is that following the election, there was massive rotation among sectors and stocks as money was reallocated. So while underlying components have moved, the overall index has remained relatively calm as winners offset losers.  This is known as dispersion, and it comes when there’s a lack of correlation among individual stocks.

As you can see, correlation has collapsed since the election.

No Puts Needed: Secondly, given the overly optimism and bullishness investors have not felt an urgency to buy up portfolio protection in the form of put options.  This is typically a large driver of implied volatility levels.

ETFs and Machines:  The rise of passive investing and use of exchange traded funds, combined with machine driven trading means there is less active decision making done on a day to day basis.  People tend to make their allocations and walk away. Most algorithm-based machines respond to the same news, meaning there is a uniformity of action.

The result is that we’ve had less day-to day volatility. Remember, implied volatility and the VIX tend to measure changes in price from one day to the next –and as of Mar. 17, the S&P 500 has not has a 1% or more change in over 107 days.  That’s the longest period ever.

But there’s also fewer intra-day swings as the market tends to open, find a price early, and then sit.  This is reflected in the narrowing of the Average True Range, which has also sunk to historic lows.

So what now?  It’s pretty seems safe to say that stock market volatility has nowhere to go but up. The question is when? And how should you position yourself for such an inevitability?

One thing you don’t want to do is buy the iPath Short Term S&P 500 Volatility (VXX), as due to the drag of contango, it’s had an inexorable path downwards.  This volatility-based ETF has declined some whopping 99% since its inception and had basically been in a straight line down since the election, losing some 37% year to date.

So while you’re waiting for things to pick up, this product’s value is just wasting away.

Instead, I’d look at establishing some type of back spread in the SPY going out at least three months in time. This gives enough time in case this low volatility environment lasts even longer than anyone expects.

Related: Use This Trick to Predict Price Movements!