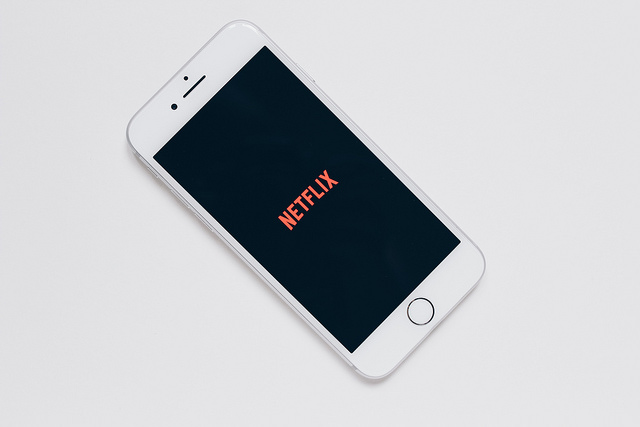 Lurking behind the many hit shows and movies Netflix has produced is a giant debt bomb that might bring the final curtain down on its share price — last month after the company reported earnings which showed subscriber growth slowing the stock took a hit.  It has struggled since with the chart now showing a potential major head and shoulders top forming.

And the debt levels have been accelerating; just four years ago, when it had $500,000 (half a million dollars) in long-term debt and a little more than $5 billion in other obligations.

And to keep those subscription numbers up, Netflix’s CEO, Reed Hastings, acknowledged that he will need to keep spending.  During last month’s conference call, he acknowledged that increased competition has not only slowed subscriber growth, but has driven up the costs of acquiring, and creating content and customers.

In 2018, the company is expected to shell out nearly $8 billion in self-produced original series, which includes an estimated $100 million on a Martin Scorsese project and $90 million on a Will Smith movie. This doesn’t even include overseas expansion in which Netflix’s global long-term debt levels have doubled to $4.84 billion in the last year.

A River of Red Runs Through It

The profitability metrics during the most recent quarter all took a significant hit. Gross margins narrowed from 33.48% to 30.04% compared to the same period last year, operating (EBITDA) margins dropped to 56.39% from 58.15%.  Operating cash flow of declined 79.45% compared to the same period last year is and there was no significant movement in accruals or reserves.  All this means is that revenue per subscriber is declining.

If this trend continuations of the quarterly linear trends that would forecast a 16% net profit margin in the future five-year time horizon.   Slowing topline growth and shrinking margins would ultimately lead to a more normalized P/E at in the low 20s compared to its current 339.  Which itself is misleading in that company really runs at best break even on a GAAP basis.

And that may soon turn into losses. Netflix’s cumulative free cash flow burn over $3 billion over the past decade.   And the burn has been accelerating in recent years.

If they have not been able to make money so far, what makes investors believe they will make more money in the future in an increasingly competitive market? For how long, will the market tolerate these losses in the face of slower growth and more competition?

Competition seems to be multiplying faster than sequels to Fast & Furious does at the multiplex.  Not only are internet behemoths such as Amazon (AMZN), Apple (AAPL) and Google (GOOGL) muscling into people’s living rooms but there is also a host of legacy networks such as CBS All Access.

Disney (DIS) recently announced plans to pull all its content from NFLX by the end of 2019..  And there are also new all-digital firms such as Hulu and Crackle and other delivery devices like Roku and Sling and Outerwall’s Red Box and of course satellite services such as DishNetwork.

As a pure video streaming play, Time Warner (TWX), with HBO as its crown jewel, is probably the best comparison.  HBO has nearly 140 million subscribers compared to Netflix’s current 80 million.  So even assuming Netflix could add another 60 million subs over the next five years, a 75% increase which far exceeds even its own estimates, that still only implia an 15% annualized growth rate, which is not enough to cover the doubling of debt.

In the past, Netflix had one significant advantage over its streaming competitors was its massive library of movies and TV shows.  One of the reasons Netflix has pushed more and more into original content recently is that it can no longer afford that massive catalog of licensed content as cost relative to its revenue growth.

Since January 2014, the number of titles available on Netflix in the US has shrunk by 31.7%. This was particularly pronounced in movies, where Netflix’s selection had gone down by over 2,000 titles.  Amazon Prime Video now has a library of movies and TV shows nearly 3 times size of Netflix.