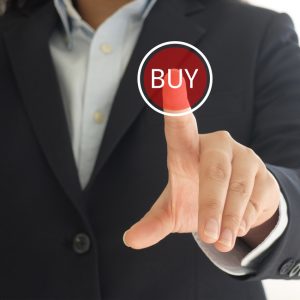 Many small-cap stocks (stocks in companies with a market capitalization between $300 million and $2 billion) are dangerous and exciting investments. They’re dangerous because they are often underfollowed and not many people have heard of them. That’s also what makes them exciting — early investors can make huge returns if they buy the right stock.

1. EverQuote: Will this small cap dominate the trillion-dollar insurance industry?

With a $959 million market cap, EverQuote is still tiny. But if it becomes an internet hub for consumers’ insurance needs, the company has the potential to be huge. The stock had an amazing run in 2019, shooting up 725%, making it one of the highest-performing stocks in the entire market. Yet the company is still cheap for a growth stock, with a price-to-sales ratio of 4. From its initial public offering back in June 2018, the stock is up 125% (compared to a 16% gain in the S&P 500).

What has caused this dominant outperformance? EverQuote is making great strides in becoming the go-to place for your insurance needs. Consumers shopping for insurance can go to EverQuote’s website, answer a few questions, and receive multiple offers from insurance companies across the country. EverQuote has already signed up a who’s who of insurance carriers as clients, including Progressive, MetLife, Nationwide, Farmer’s Insurance, Travelers, and more.

Insurance is a vast industry in the United States, with companies issuing policies with premiums totaling more than $1.2 trillion. EverQuote’s primary vertical right now is auto insurance, but it also has verticals in home, renter’s, life, and health insurance. The company reported 61% top-line growth in its most recent quarter, and it’s also achieved profitability for the first time. The company also raised its revenue guidance for the full year from $219 million to $244 million. So far in 2020, the stock is up another 14%.

2. Blue Prism: This robotics software firm had a blow-out quarter

Blue Prism has had an outstanding start to the new year; its stock is up 67% so far in 2020. It’s not hard to see what is driving this speculator return for the robotic process automation specialist. Last week, the company reported its earnings for 2019. Annual revenue was up 83% from the previous year, and the company increased its customer count by 73%.

Blue Prism’s RPA software allows companies to automate back-office tasks like processing invoices, adding data to spreadsheets, and validating forms. The software creates “virtual robots” that can do the boring, repetitive work humans hate to do. The idea is to replicate the robots on the assembly line and bring that technology into white-collar occupations.

In one case study by the London School of Economics, a giant telecom installed Blue Prism’s software and deployed more than 160 virtual robots. These robots processed between 400,000 and 500,000 transactions every month. The software yielded a return on investment (ROI) between 650% and 800% over a three-year period. Blue Prism’s software had the highest ROI of any RPA technology in the study.

While the RPA market is small at the moment, it’s growing fast. McKinsey and Company estimates that automation of white-collar jobs will affect $6.7 trillion worth of the economy by 2025. Blue Prism has been a monster stock since its initial public offering in August 2016, running up 754%, versus a 54% return for the S&P 500 in that time frame.

Afya’s numbers are wonderful. The company grew revenues 124% in its most recent quarter — and it grew profits by 155%. You might find other fast-growing companies with similar numbers, but would their stock be as cheap as Afya’s? Its forward price-to-earnings ratio is…