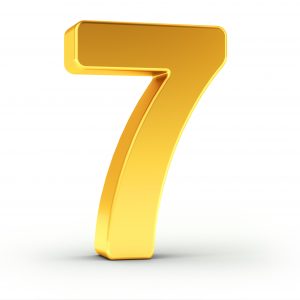 Despite a coronavirus scare, the S&P 500 has held up relatively well do far in 2020 and is trading within a stone’s throw of all-time highs. With the market up so much in recent years, it can be difficult for small-time investors to find affordable stocks to buy at relatively low prices. Although valuations are what’s actually important for investors, not share price, small retail investors are always looking for stocks to scoop up that won’t break the bank.

Here’s a look at seven stocks to buy with share prices under $5, according to Bank of America.

Bank of America has a Buy rating and $3.81 price target for MFG stock.

See Also: 8 Stocks To Buy For This 2020 Presidential Election Year

Nokia is a Finnish multinational telecommunications company that operates as both a network infrastructure equipment supplier and a technology patent licensing company.

Analyst Tal Liani recently said there’s not too much to get excited about for Nokia in the near-term other that the stock’s valuation. But in the longer-term, Liani expects business trends for Nokia will start to improve in the second half of 2020 as the 5G cycle jumpstarts business. Nokia has already secured 63 commercial 5G contracts, according to Liani. In the meantime, Nokia pays patient investors an impressive 4.3% dividend yield.

Bank of America has a Buy rating and $5.80 price target for NOK stock.

Cemex is the third-largest cement company in the world.

Analyst Carlos Peyrelongue recently said Cemex has a three-year free cash flow yield of 9.6% and is expected to deleverage its balance sheet in the medium term, reducing potential risk. In developed economies, Peyrelongue said infrastructure spending accounts for roughly 50% of cement demand. However, in the Latin American countries where Cemex operates, informal residential accounts are the largest growth driver (50%) followed by infrastructure (21%) as a distant second. After a challenging 2019 in the Mexican market Peyrelongue is projecting between 0% and 3.5% volume growth in 2020.

Bank of America has a Buy rating and $5 price target for CX stock.

B2Gold is a gold producer with assets in the Philippines, Namibia and Mali.

Analyst Lawson Winder recently updated his model for B2Gold after the company released the results of a Preliminary Economic Assessment (PEA) on its Gramalote joint venture (JV). Lawson values the Gramalote operation at $250 million and said it should add 23 cents per share in value when it begins operation in late 2023. In the meantime, Lawson said the company has a solid cash position to fund growth and pay its dividend.

Bank of America has a Buy rating and $4.75 price target for BTG stock.

Iamgold is a Canadian gold mining company with assets in Canada, Burkina, Faso and Suriname.

Analyst Michael Jalonen recently said Iamgold is trading at a steep valuation discount to its gold miner peers, but there are several potential catalysts ahead for the stock to close that gap. An updated plan on its Westwood project, the launch of production at Saramacca, an initial resource estimate from Nelligan and the advancement of an exploitation concession at Boto could all serve as bullish triggers for the stock.

Bank of America has a Buy rating and $4 price target for IAG stock.

Callon Petroleum is a U.S. oil & gas exploration and production company that generates roughly 60% of its production from the Delaware Basin.

Bank of America has a…