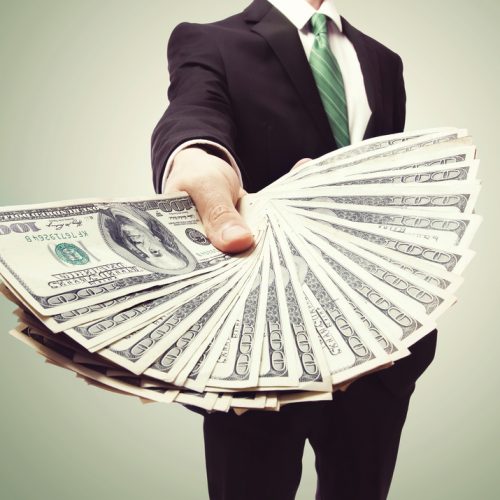 Synaptics (NASDAQ:SYNA) stock has been setting the market on fire over the past six months, but Apple‘s (NASDAQ:AAPL) update this week that accounted for the impact of the novel coronavirus outbreak has given Synaptics a mild setback. The iPhone maker reduced its revenue guidance for the second quarter as the temporary shutdown of many of its partner stores in China related to the outbreak will impact Apple sales in the near term.

Apple also added that it is witnessing a slower-than-expected ramp-up in its supply chain. Not surprisingly, Synaptics shares have pulled back in recent sessions because of its supplier relationship with Apple. But a closer examination of what appears to be a short-term negative situation suggests this could be an opportunity for investors looking for a long-term positive smartphone play.

Why do I think that? Well, for one thing, this developer of human interface solutions delivered blowout fiscal 2020 second-quarter results this month that sent its shares flying to a new 52-week high. And the smartphone space is about to witness a major shift toward fifth-generation (5G) devices and Synaptics could be a beneficiary of the same.

More importantly, Synaptics’ latest quarterly report provides a few indications that its terrific run on the stock market could be sustained despite the short-term challenges that the coronavirus outbreak might present. Let’s take a closer look as to why that might be.

Synaptics delivered $388.3 million in revenue for the second quarter, which was well above the higher end of its own guidance range of $345 million to $365 million. Wall Street expected the company to clock $354.9 million in revenue during the quarter. Its earnings of $2.04 per share also exceeded the higher end of its guidance range by a huge margin, easily beating the consensus estimate of $1.45 a share.

Explaining the reason behind the company’s outperformance, Synaptics CEO Michael Hurlston said, “Our December quarter was better than expected due to unusually strong demand for our PC products and from our largest mobile customer during the holiday season.”

According to Gartner, PC shipments in the fourth quarter of 2019 jumped 2.3% year over year. For some perspective, overall PC market growth for the entire year stood at 0.6%, indicating that PC demand remained strong during the holiday period. This worked in Synaptics’ favor as the company gets 21% of its revenue by supplying touchpad modules and fingerprint sensors.

However… Continue reading at Fool.com