Home / Featured / This 5G Stock Should Be on Your Buying List 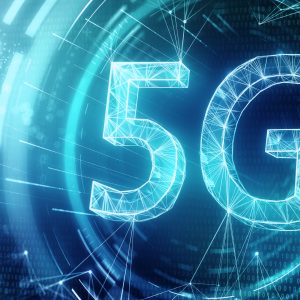 The latest quarterly report from this company cemented its credentials as a top stock to play the 5G (fifth-generation) wireless network boom. The chipmaker’s fiscal 2020 third-quarter results blew past Wall Street’s expectations thanks to demand for its 5G smartphone chips and infrastructure solutions.

More importantly, a reading of Qorvo’s (NASDAQ:QRVO) guidance suggests the company looks all set to sustain its impressive momentum. It expects revenue between $800 million and $840 million in the fourth quarter, and its annual revenue growth will be an impressive 20% at the mid-point of that guidance range. What’s more, the company predicts a non-GAAP gross margin of 48.5% in the current quarter, which would be a slight bump over the year-ago period’s gross margin of 48.2%.

But this could be just the beginning for Qorvo — the company’s financial performance could get even better as 2020 progresses. Here’s why.

Qorvo is just getting started

Qorvo’s mobile business supplied 76%, or $662 million, of its total revenue. The chipmaker says that its mobile business turned in a better-than-expected performance on the back of 5G demand from Asian customers. More specifically, Qorvo recorded an annual growth of 10% in its mobile business last quarter. That is impressive considering that the same business was struggling to pick up the pace a year ago thanks to weakness at one of Qorvo’s key customers — Apple (NASDAQ:AAPL).

But Apple’s sales have picked up the pace since the launch of the iPhone 11. The smartphone giant has reportedly been ordering more components from its suppliers to meet the strong demand for the device. That could be one reason why Qorvo’s mobile division outperformed its own expectations last quarter, as the chipmaker reportedly gets a third of its revenue by supplying connectivity chips to Apple.

Looking ahead, Qorvo could win big from its relationship with Apple this year as the latter brings out its 5G smartphones and an entry-level device to capture a larger market share. Supply chain sources quoted by PhoneArena indicate that Apple has reportedly started the pilot production of a budget iPhone that will be priced at $399.

The entry-level smartphone is expected to enter mass production in mid-February, with Apple reportedly planning to produce 30 million units of the device. This should give Qorvo another shot in the arm thanks to its strong relationship with Apple.

But that’s not where Qorvo’s tailwinds end. The chipmaker sees solid potential in the 5G smartphone market as a whole, as evident from CEO Bob Bruggeworth’s statement on the latest earnings conference call:

Qorvo has generated just over…