Indeed, this new acronym has supplanted the old FANG gang, with Microsoft and Apple replacing “Facebook (FB)” and “Netflix (NFLX)” for good reason; the former, which can both be considered old guard tech from pre-dot.om days, have gained whopping 85% and 120% in just the past 52 weeks while the latter have only eked out 20% and 13% gains over the same period. 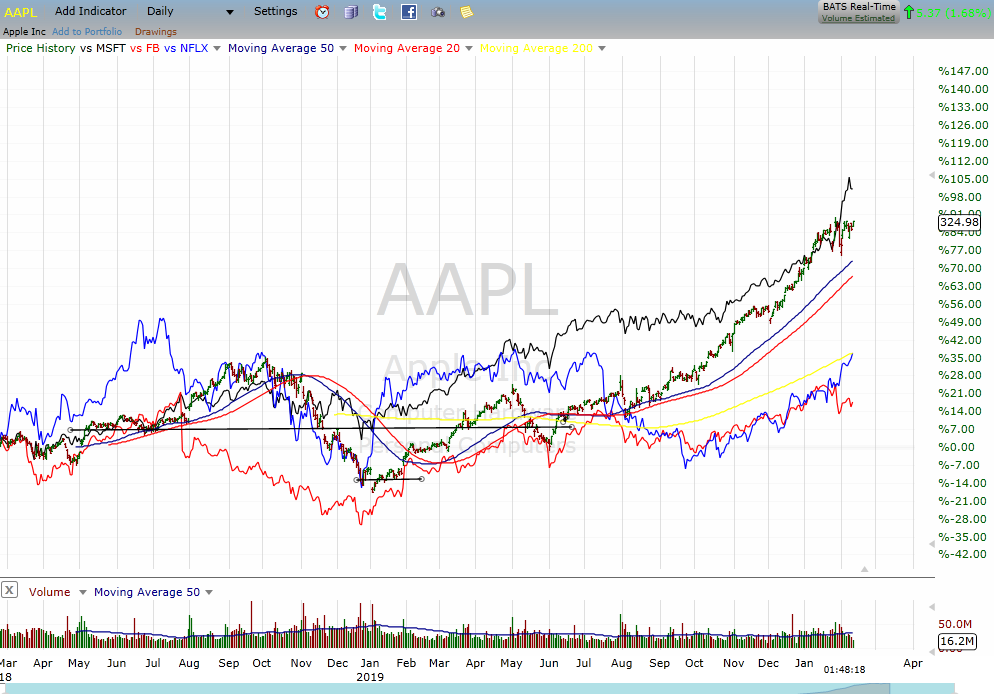 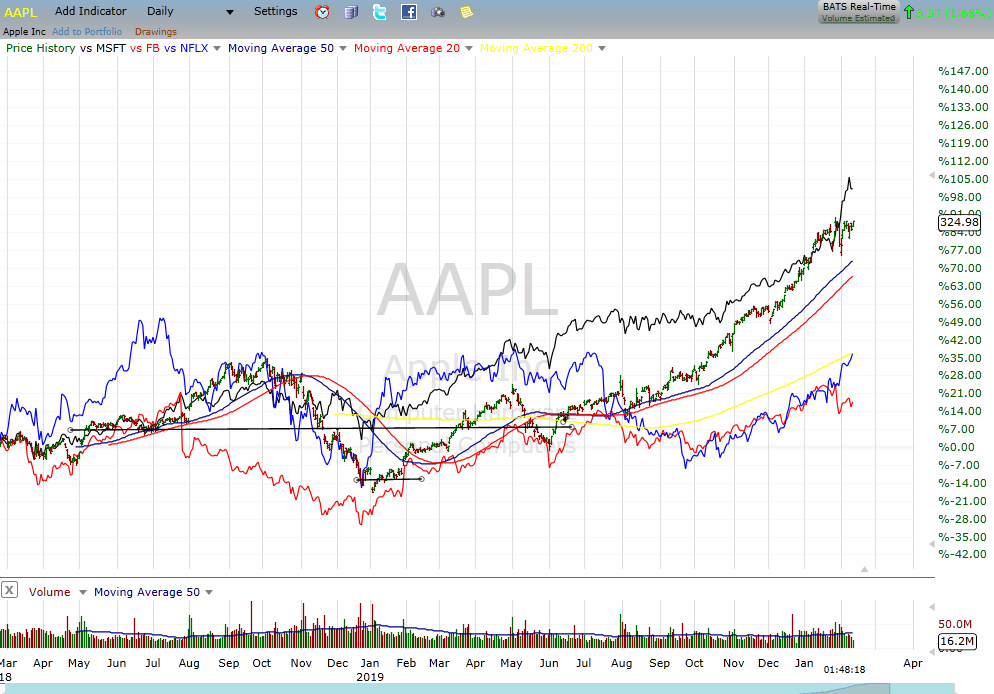 The impact has not been just psychological but has had very real, and some would say unhealthy, impact on investor behavior and stock market performance.

The market is getting increasingly top heavy with the top 2, 5 and 10 largest capitalization stocks now accounting for record representation of the overall market—the top 5 of the S&P 500 Index is now near 18%, a decade high. 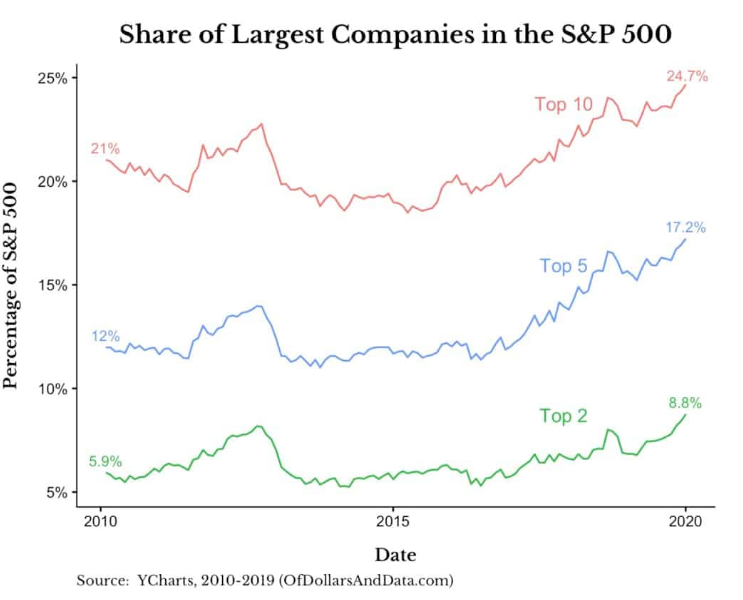 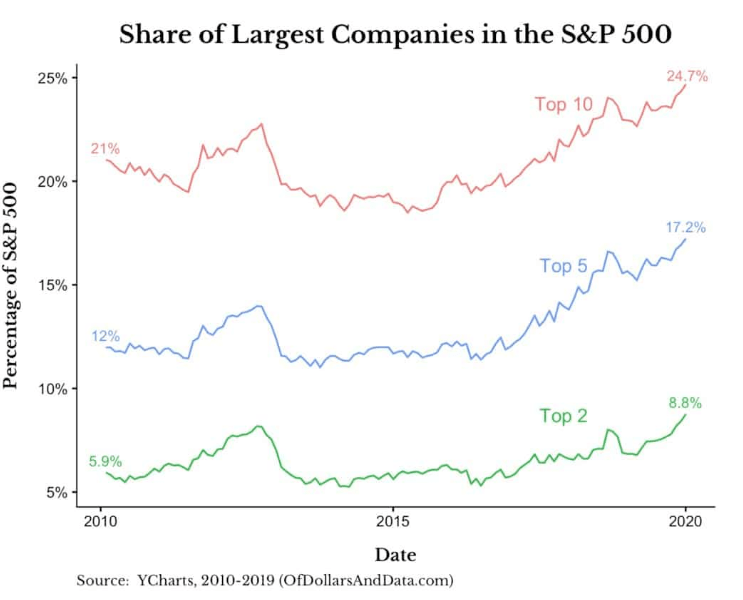