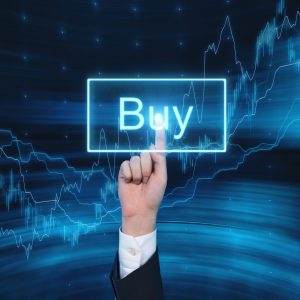 This year has been one of the most volatile in the history of the oil market. After starting in the mid-$60s, the main U.S. oil price benchmark, WTI, plummeted into negative territory following the dual shockwaves of the COVID-19 outbreak and the collapse of Russia’s market support agreement with OPEC. Oil has since bounced back quite a bit. It recently recovered into the mid-$30s after OPEC and Russia made amends in a big way, and governments started easing the economic restrictions to slow the spread of COVID-19.

Crude oil could have much further to go if demand continues bouncing back, which means oil stocks seem to have a lot of upside from here. Three that stand out are ConocoPhillips (NYSE:COP), Enbridge (NYSE:ENB), and Phillips 66 (NYSE:PSX). Here’s why they top the list of the best ones to buy this month.

Ready to turn the taps back on

U.S. oil giant ConocoPhillips has taken several actions to preserve its balance sheet strength and profitability. It slashed its capital spending, suspended its share repurchase program, and shut-in unprofitable wells. These actions demonstrate the flexibility of its business model to react quickly to changes in crude pricing.

ConocoPhillips’ production curtailments will impact its output during the second quarter. However, it made sense to shut in those wells and hold the production until prices improve. As that happens, the company can restart those wells and quickly cash in on the rebound. That catalyst could catapult its stock, which has lost about a third of its value this year. That lower price point makes ConocoPhillips stock look especially attractive when considering its near-term catalyst and long-term plan to create shareholder value.

Immune to all the volatility

Canadian pipeline giant Enbridge doesn’t have any direct exposure to oil prices, so the market downturn hasn’t had much impact on its financial results or operations. While the company did defer $1 billion Canadian ($740 million) of expansion projects, it expects its financial results to come right in on its budget since long-term, fee-based contracts back the bulk of its earnings.

With cash flow on target, Enbridge has the funds to pay its nearly 7%-yielding dividend as well as finance the majority of its expansion program. Because it can easily cover the remaining gap with its strong balance sheet, Enbridge should have the fuel to continue growing its earnings and dividend. With shares now about 15% cheaper following its sell-off earlier this year, its long-term growth catalysts as more expansion projects come online make it a great buy this month.

Bouncing back with demand