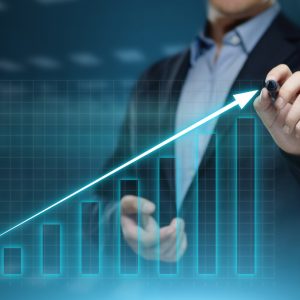 In a span of four months, Wall Street and investors have experienced what looks to be about a decade’s worth of volatility. The CBOE Volatility Index hit a record high in March, with uncertainty surrounding the coronavirus disease 2019 (COVID-19) pandemic pushing equities into the fastest bear market correction in history.

Then over the past 12 weeks, the stock market has staged a seemingly miraculous recovery. The tech-heavy Nasdaq Composite briefly hit an all-time high above 10,000, while the S&P 500 retraced more than 80% of its losses.

Yet in spite of this volatility, billionaire money managers have not only stayed put in a number of their core positions but have also been consistently adding to some well-known growth stocks. Using 13F filings with the Securities and Exchange Commission for the first quarter as our guide, we find that billionaires simply can’t stop buying the following three brand-name growth stocks.

Perhaps it comes as little surprise that one of the hottest additions during the first quarter was e-commerce giant Amazon (NASDAQ:AMZN). We witnessed Larry Fink’s Blackrock add more than 315,000 shares, observed Dan Loeb’s Third Point tack on 145,000 shares, and on the whole saw 13F filers increase their aggregate holdings of Amazon by 75 million shares (27%) from the sequential fourth quarter.

Amazon was a popular choice, given the burgeoning stay-at-home/work-from-home trend that’s emerged in the wake of COVID-19. According to various sources, Amazon’s U.S. e-commerce market share lies right around 40%, meaning it’s the clear go-to source for goods when consumers are shopping online.

Even though retail margins aren’t exactly great, there’s a pretty good chance that Amazon was able to use this coronavirus pandemic as an opportunity to lure in new Prime members. The fees associated with Prime can be used on Amazon to offset its thin retail margins, as well as to ensure that its prices remain lower than brick-and-mortar retailers. Consumers paying for Prime are also likelier to stay with Amazon’s seller ecosystem, and thus remain loyal to the brand.

Undoubtedly, billionaires are also excited about Amazon’s cloud infrastructure potential. Amazon Web Services (AWS) topped $10 billion in sales during the first quarter for the first time, with AWS continuing to grow at about twice the rate of Amazon’s retail/ad operations. Since AWS offers substantially better margins than retail or ad-based revenue, Amazon’s cash flow can soar as its cloud-infrastructure segment grows into a larger component of total sales.

According to data aggregated by Bloomberg, no S&P 500 company saw a larger net-positive change in holding value during the first quarter (up $6.4 billion) than software-giant Microsoft (NASDAQ:MSFT). In Q1 2020, Andreas Halvorsen’s Viking Global added more than 3.5 million shares, while Gabriel Plotkin’s Melvin Capital Management opened a position by purchasing over 2.7 million shares.

One simple reason to buy into the Microsoft story is consistency. Though investors are buying a blend of legacy software and cutting-edge tech applications, Microsoft is known for generating very consistent cash flow and profits. To speak to this point, Microsoft is one of only two publicly traded stocks that bears the AAA credit rating from Standard & Poor’s. This means S&P has the utmost confidence in Microsoft’s ability to repay its outstanding debt.

Investors are also really excited about Microsoft’s cloud offerings. However, rather than functioning as a building-block infrastructure player, Microsoft is a software-as-a-service (SaaS) player that allows users to connect to cloud-based applications.

Although it’s a bit more secretive with its sales figure than Amazon, the company disclosed 61% constant-currency growth from the prior-year period for Azure, as well as double-digit percentage growth for Dynamics and Office 365 cloud services. This increased focus on high-margin SaaS is a big reason Microsoft’s operating margin has soared from 25% in 2017 to 37.5% on a trailing-12-month basis.

Keeping with the theme of buying big growth stocks, billionaire money managers also couldn’t get enough of Apple (NASDAQ:AAPL) during the first quarter. Bloomberg shows a net-positive change in holding value of … Continue reading at The Motley Fool