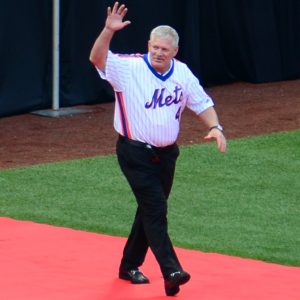 Lenny Dystra was a center fielder in the 1986 World Series Champion of New York Mets.

He was so tough that the Mets fans started calling him Nails.  He played fearlessly and had a “hard nose” attitude toward life.

After Nails retired, he became a member of TheStreet.com, and started endorsing an options strategy.  I didn’t like the strategy because I thought it was irresponsible and misleading…

And I said so as a financial journalist.

Needless to say, Nails was pissed.

There were a few months there where we went back and forth,, and he made it known that he wanted to take a shot at me.

Until he showed up at my office one day.  He was steaming mad and spoiling for a fight.

Just to be clear, I’m no sissy.  But I also had no interest in trying to fight a former professional athlete in my office!

Luckily, cooler heads prevailed and we were able to bury the feud.  I still didn’t like his strategy, but we agreed to disagree about it.

PS. I almost forgot, you can find an options strategy that is responsible and completely transparent here.  Check it out.  Talk soon!