Home / Featured / Full Message / The Dollar’s Imminent Collapse? What You Should Do Now… 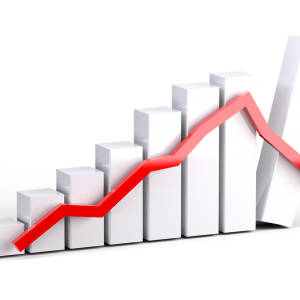 OK, let me start by telling you I am being a little sarcastic in the subject of this email.

I just see so much fear-mongering going through the financial world. Podcasters, analysts, and other respected figures speculating on a dollar collapse.

Look, will the dollar collapse one day.  Yeah, probably, one day…

I don’t have a crystal ball, but I can look at the numbers.

Look at this chart of the dollar index:

You can see the dollar has been under some pressure recently, be we are nowhere near the historic lows.

And guess what, the dollar always bounced back.  It never went to zero….it never got anywhere near zero.

And keep in mind, that while a weaker dollar isn’t necessarily ideal for main street, it is very good for public companies and the stock market…

Which can be very good for traders like us!

I know we have dropped a few points since April.  But there’s been no collapse in the value of the dollar.  There’s been a 9-point drop after trillions in financial easing and interest rate cuts.

So basically I am saying that for now and in relation to the dollar, “move along there’s nothing to see here…yet.”

As I said, I don’t have a crystal ball, but the US isn’t turning into Venezuela anytime soon.

In the meantime, make sure you grab a trial subscription to Options360. It’s just $19, and I cover this and a number of other economic issues on the bi-weekly members-only webinars.

If you don’t like it, you let the trial expire, and no worries.  If you do like it, and everyone does, stick with it.  A lot of people have the chance to pay for a full year just during the trial.