Home / Featured / Why I’m Betting on a Steep Market Decline 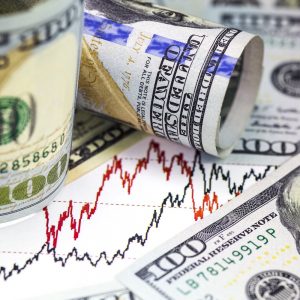 Back on  June 11, I penned a piece discussing how the skew in option prices was tilting toward euphoria and suggested we may be approaching a blow-off top.

Well, as the old John Maynard Keyes saying goes, “The market can remain irrational longer than you can stay solvent,” has been proved true once again.

Yes, the millennial avocado toast-eating Robin Hooders are laughing at me.

But , thankfully, I, nor the Options360 Service, have been trying to fight the tape, holding mostly long or bullish positions.  Though I admit, I’ve exited quite a few early, leaving some money on the table.

But, now I’m seriously getting concerned and starting to shift our holdings to have some bearish positions and outright bets on a steep market decline. My signal comes from the aforementioned skew of options.  It’s not just the broad market VIX, which has become completely out of whack, but it’s now appearing in the most favored stocks, Essentially, the skew in implied volatility has become totally inverted.

Learn more about our SPECIAL one-month $19 trial offer to the Options360 Service!

If we look at the VIX, we see realized or actual volatility — over the past 10 days — is a mere 7.4 while the VIX, which looks forward 30 days is 24, and the futures contracts that contain the election are 33. In a year of unprecedented events, this spread is truly unprecedented and suggests something wicked this way comes. 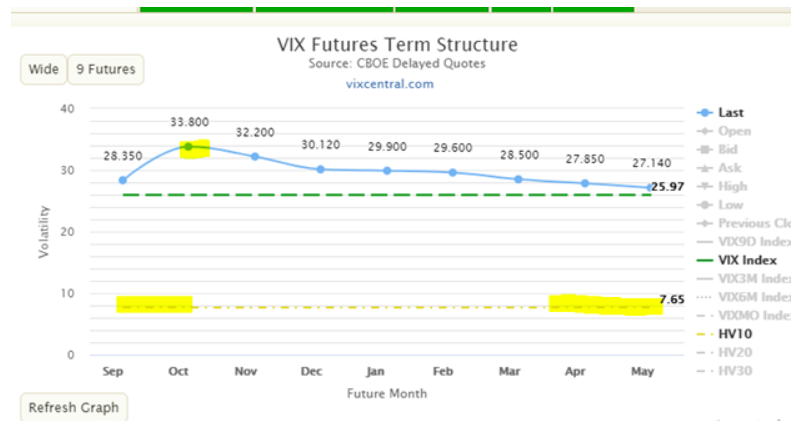 By this, I mean the normal structure is for put options to be more expensive than calls; this is due to investors and money managers typically buying puts for portfolio protection and selling calls to create covered calls.

But, this reversed last week as people were reaching for calls and paying a premium to gain upside exposure on the belief the upside is unlimited.

Last time skew inverted to calls being more expensive than puts was during the dot.com bubble and even then, it never reached such an extreme reading.  Something has got to give and get these readings reverting to mean. My bet is VIX futures collapse post-election. Yesterday, I bought November 20 strike puts, which expire on 11/16 for a mere 30c. It’s a bit of lotto play. But, I’m thinking this country will still be standing once the 2020 election is over.  Even if all the votes are not yet counted.

CLICK HERE for a one-month trial with these trades and more to the Options360 for just $19!