Home / Featured / Full Message / How to Deal with Trading Losses 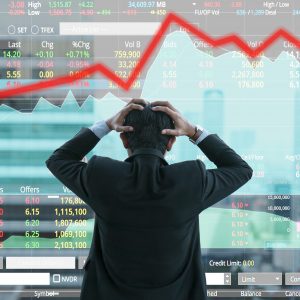 This past week was one of my worst ones in over two years as numerous positions simultaneously went against.  What’s most important now is how I respond to it and move forward. We all know losses are part of trading and almost every book on investing addresses the issue from various angles with the two most important items being managing risk to limit losses and keeping your emotions in check.

On item number one,  I feel comfortable with all my positions being initiated with well-defined risk. These are established through various tools and parameters, including position size and appropriate allocation.  I keep most positions to just 2%-5% of my portfolio.  The maximum I allocate to any single position is 10% and it would only be when I have other risk management tools, such as stop-loss levels, in place.

Turn Your Worst Trades into Your Best With Our SPECIAL 1-Month $19 Trial Offer to the Options360 Service!

Also, given the leveraged and relatively short-term nature of options-based trading, I usually keep a fair amount of cash in the account, typically limiting allocation to 50%-60% of the overall account size. Keeping plenty of powder dry allows me to capitalize on new opportunities, even if other positions are turning south.  If you’re fully invested, you’ll be hostage to hoping things turn around during a drawdown. Ironically, these rough patches usually occur during periods of increased volatility, which also provide the best trading opportunities.  There’s nothing more frustrating than being stuck on the sideline just as the game’s getting good.

By keeping nearly half my account in cash, it protects me under the worst-case scenario in which the maximum loss occurs as I still won’t be wiped out. It’s hard to recover from losses if you go out of business.  Keeping a disciplined risk management system also helps with the second item of dealing with losses; keeping your emotions in check.

[EXCLUSIVE Sale] Access the One-Month $19 Trial Offer Our Market Experts Are Raving About —the Options360 Service!

Traders with an even-keeled temperament can use it to their advantage, including overcoming a stressful environment or being overconfident during the good times.

Admittedly, this week tested my ability to stay unemotional — even after trading for over 30 years! This stemmed from none of my bullish positions such as Applied Material (AMAT),  Activision (ATVI), Paypal (PYPL), and Wynn (WYNN) participating, even as the market zoomed higher.  Meanwhile, my bearish hedge in the SPDR 500 (SPY) got steamrolled increasing my losses instead of protecting them. That’s not the way it’s supposed to to work and I was starting to take it personally.

This type of response can lead to one to start pressing positions rather than acknowledging your wrong. It can also create a response of either trading scared and panic or becoming too aggressive and trying to recoup losses with overly speculative bets, neither of which is good. At the worst point on Thursday, my account was down nearly 6% on the week, far from a disaster, but painful nonetheless. Thankfully, because I had risk management in place, I knew it couldn’t get much worse and I was able to clear my head and reassess the situation calmly.  At this point, PYPL and AMAT are recovering and I adjusted the SPY position to where my losses have been cut in half.  It will go down as a losing week but losses are part of trading.  It’s how you deal with them that will determine your overall success.

[Last Chance] Capitalize on this Exclusive $19 Trial Offer to the Options360 Service!