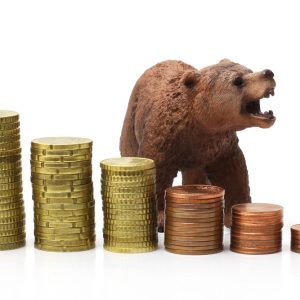 During the early years of my trading career, I was an unrepentant bear. I was taught that true professionals learn the art and craft of shorting or being bearish as a path to outsized profits. This was based on the premise that “price takes the escalator up and the elevator down.”

Being bearish was often referred to as “going to the dark side,” due to the underlying pessimism, skepticism, and negativity required to build a short position.  And that sounded pretty cool as someone who came of age during the initial Star Wars.

I also enjoyed the challenge and allure of fighting the trend; being on the dark side also held an intellectual allure, “we’re unearthing truth rather than blindly following the buy-side analysts’ narrative” coupled with if you captured the top-of-puncture in a perceived bubble — you’re a genius and a legend.  Whereas, simply embracing the buy-and-hold and riding the long-term positive returns the stock market has delivered over time made you an unimaginative sheep.

What I didn’t like was losing money.  It became especially frustrating during the decade following the post-financial crisis — it seemed so “easy” to buy and watch it fly.

A turning point came in 2013 when I finally started to see the light and not fight the trend just for the sake of being a contrarian.  I started honing in on market dynamics with time money flows, trend following, and the tailwind of index structure such as the SPDR 500 (SPY), where shrinking companies get replaced by more profitable growing ones.  And of course, the Federal Reserve’s role and the increasing backstop of Central Bank monetary policy.

The rules, policies, and government institutions are geared towards rewarding shareholders.  Why make it hard on yourself by fighting what are essential forces of nature within the financial universe?

After a few relapses, I’m finally ready to fully succumb and admit that I’m powerless to control not only the market but even my own behavior.

I’m turning my will and purpose over to the higher power of the Fed and Central Bankers as I see them.

It took a few months, or maybe even a couple of quarters, but I finally stopped looking for the reversion or a “fade the move” trade and began embracing new highs as a bullish sign!  It would take a bit longer before I could bring myself to actually buy new highs rather than wait for a pullback.

This is where options helped, through the use of credit spreads I was able to initiate positions within an established trend without feeling like I was buying a high or selling low.  Options provided both a cushion and a well-defined risk profile, giving me the confidence to stop being a permabear or constant contrarian.

I had to learn for myself that ego has no place in this business. This has served me very well ever since.  The proof being that since 2015, both my personal account and the Options360 Service have had a 58%  average annual return!

[Last Chance] Claim your entry into the Options360 service for the heavily-discounted price of $19 before it’s too late!