Home / Amazon / Featured / My Favorite Options Strategy for This Market 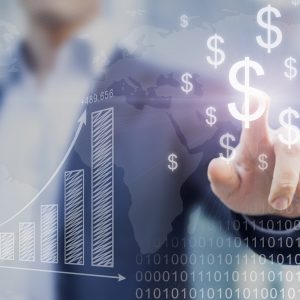 I like to describe the Options360 Service as having the freedom to take an ‘unconstrained’ approach. In other words, I’m not bound by one particular strategy. Instead, I apply the options approach that best aligns with my thesis.

In short order, I perceive a stock setting up for near-term explosive gains, such as Options360 did in Zillow (Z) last October when I bought calls outright to profit from a short-term move.

Get access to everything the Options360 Service has to offer for just $19!

But admittedly, that isn’t my usual style as I tend towards spreads. While spreads move at a slower pace, their risk/reward is always well-defined.  Additionally, when there’s an adverse move, you have the time and clarity to make rational adjustments.

This was born out in recent Options360 trades where iron condors in the SPDR 500 (SPY) and Paypal (PYPL) were both threatened. However, through some clear-eyed adjustments, both were closed for a profit.

But, my natural inclination is to employ options strategies with a directional bias.  This preference comes from the following points:

We’ve all seen the marketing emails and promotional literature that tout 85% win rates and push the concept that selling options allows you to “become the house” in the great options casino analogy.  While I firmly agree that there are distinct advantages to being a net seller of premium — such as the tailwind of time decay and a statistically-higher probability of realizing a profit — I think those benefits need to be kept in perspective.

[Limited Time Offer] Try out the service investors are saying is: “The Best $19 You’ve Ever Spent”  — The Options360

For example, in just the past three weeks, I’ve closed credit spreads ( bullish, bearish, and a neutral iron condor) in Expedia (EXPE), Salesforce (CRM), and  Brinker (EAT), which I closed prior to expiration as the profit target had been realized.  No need to milk out the last nickel if that means leaving $1.95 at risk.

The reason the 80% myth persists and is presented as truth is because only 10% of options contracts are exercised. That’s true. But, the question’s whether we can make the leap that 90% expire worthless from there?

If we did, we’d be ignoring the 60%-65% of options contracts that are closed out prior to expiration.  Remember, an options contract is only created when there’s both a willing buyer and seller.  During the course of any given expiration cycle, the majority of contracts created, which at some point translates into current open interest, gets closed.

Ultimately, the options market’s a closed system and a zero-sum game.  During the course of any expiration cycle, those that initiated positions as buyers likely reap an equal amount of profit, or incur similar losses, as those that initiated trades as a seller or “collector” of premium.

The primary difference is that options sellers or credit positions tend to have a higher win rate but a lower rate of return.  Meaning, buying options may not produce the same consistent profits. However, it does offer a more attractive risk/reward profiles.

This is incredibly important for retail investors that want to employ options and the more efficient use of capital that their leverage affords to make directional bets.  The negative impact time decay has on a debit position can be greatly reduced by buying options with 60 days or more until expiration or employing spreading strategies.

All told, maybe some 30%-35% of all options contracts created ultimately expire worthless.  Not an insignificant amount, but far from the “house” odds often touted for can’t-miss income streams.

Therefore, don’t let the myth preclude you from capitalizing on buying options — when the proper setup presents itself.  You’ll be able to take profits well before they ever get close to expiring worthless.

[Last Chance] Claim your entry into the Options360 service for the heavily-discounted price of $19!