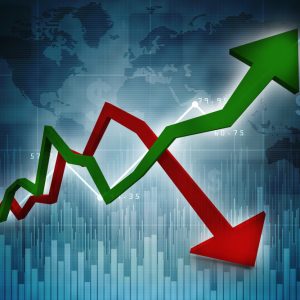 Stocks continue moving higher as the market shrugs off economic events such as a Covid-related lockdown unemployment jump, or the politically-inspired Capitol terrorism.

The main forces allowing Wall Street to ignore what’s transpiring on Main Street; except for the travel and leisure sector impact of Covid on multinational corporate profits is minimal, and in some cases positive, with the animal spirits letting loose among the new breed of traders that’s willing to drive prices to infinity.

I’ve written on the difficulty of avoiding the Fear of Missing Out (FOMO).  This week’s action makes it even more tempting to just adopt an ‘everything goes up forever’ attitude.   We’ve witnessed a Bitcoin surge to the tune of $40,000-plus. However, a few sectors, such as 3-D printing, solar, and cannabis, which already had burst bubbles a few years ago, got reinflated.

Claim your Options360 Trial for the heavily-discounted price of $19 — Before it’s too late!

And then there’s Tesla (TSLA) standing alone as an otherworldly representation of people’s willingness to buy into unimaginable growth prospects. Full disclosure: Our Options360 Service had an iron condor in TSLA, which I closed on Wednesday prior to the position incurring a maximum loss.  Admittedly, itt was painful.  But manageable nonetheless, reminding me of the importance of keeping position size within 2%-5% of a portfolio and not being stubborn when your thesis doesn’t play out.

Having lived and traded through the dot.com and housing bubble, I recognize that we’re entering a speculative fever. But, I’m also aware that it would be foolish to attempt to predict a top.

Try out the Concierge Service our trading experts agree is: “The Best $19 You’ve Ever Spent”  — The Options360

Instead, the Options360 Service is sticking with an approach that’s delivered consistent returns; finding attractive risk-reward situations, and managing the positions through price and time to achieve solid, realistic, and most importantly, repeatable returns.  It may seem boring compared to what’s currently happening. However, I know it works, allowing me to sleep better at night.

To that end, all of our current positions are bullish but hedged.  They include what some consider “boring stocks” — the first being Advanced Micro Devices (AMD), where several adjustments have a reduced cost basis down to less than $1.00 and should be closed next week for a solid profit. The second is Best Buy (BBY), also a diagonal call spread where this week’s pop in price has shifted into the plus column. The third but most recent addition is Wal-Mart (WMT), which I expect to resume an upward trajectory, following a consolidation period.

Now, this isn’t to say that I’m completely immune to jumping on the momo train.  The Options360 Service just added a SPAC name where high-profile names Mark Cuban and Chamath Palihapitiya were early investors. It just hit a new high and I anticipate it moving significantly higher in the coming weeks.

[Last Chance] Gain entry into the Options360 Service for the special price of $19 — Claim it now!