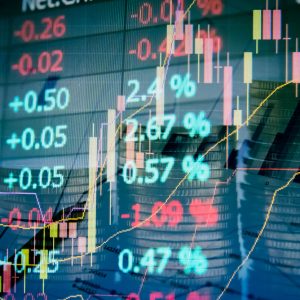 Since posting that rising rates might derail last Tuesday, the momentum of tech names such as the Invesco Nasdaq100 Powershares (QQQ) have fallen for five consecutive days with declines now near 6% from last week’s high.  The SPDR 500 Trust (SPY) has also posted five red days.  However, the losses are a more muted 2.2%,  thanks to its broader composition, including cyclical sectors like energy, travel, and financials that have been the beneficiaries of a rotation on expectations of a rapid re-opening.

Last week, I made it clear I was being patient before adding new bullish exposure. Well, we’re now approaching what I feel is the time to buy.  But, I’m not looking to jump head-first into the deep end of the pool.  This is where options, and being able to employ a strategy that aligns with your thesis and risk threshold, become such a powerful tool. Rather than the black/white or binomial choices of own/don’t own stock options allow you to create a position with endless varieties of grey (“Trinomial” if we include the ability and willingness to short stock).

Learn About Options360 — The Concierge Trading Service Our Market Experts Agree Is: “The Best $19 You Ever Spent!”

For example, over the past week, my strategy for establishing new positions has been to use credit spreads.  My reasoning is two-fold; the recent sell-off has boosted implied volatility levels making options relatively expensive so I’d rather be a seller and collector of this rich premium than a buyer. And, selling credit spreads provides a ‘fudge factor’ where profits can be realized even if the underlying price doesn’t necessarily co-operate.

For example, in Walmart (WMT) I sold the out-of-the-money March 125/130 put spread for a $0.70 net credit.  Even though the stock has slipped another dollar or two since I established the position, it’s still in the green, thanks to a slight dip in implied volatility and a couple of days of time decay.

Do Not Miss Out on This EXCLUSIVE $19 Options360 Service Trial Offer!

Similarly, I established a bullish position in Visa (V) by using an unbalanced iron condor.  That is I sold a put spread with strikes that were not only close to the money but had a $5 width between strikes, while simultaneously selling a call spread with strikes further out-of-the-money and only a $2.50 width between strikes.  This allowed me to have a position with a moderately positive delta or bullish bias which will profit, thanks to the tailwind of time decay — even if the stock remains somewhat range-bound for the next few weeks.  So far, V has shown tremendous resilience with shares up 2% and the position up 18% since I initiated the position.

I’m now working my way through some of the more speculative names such as Tesla (TSLA) and Paypal (PYPL) which have undergone a full-blown 20% correction in the past week as possible buying opportunities.  However, keep in mind that when I say buy, that really might mean selling a put spread as a higher probability approach to getting bullish exposure.

[Last Chance] Claim Your Special Deal into the Options360 Service for just $19!