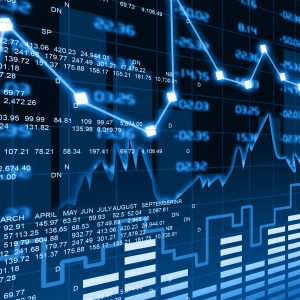 LEAPs are the acronym for Long-term Equity Anticipation Securities, a fancy way of describing an option with a year-plus until its expiration date.

That given, I’d be stating the obvious by saying LEAPs are a great way to take a longer-term position. The reason I’m hammering this message home is because I’m currently building a LEAPs shopping list. Specifically, I want to purchase three that I already have in my “check-out” basket.

LEAPs offer an attractive alternative to buying the underlying stock because they’re vastly more capital-efficient.  Put another way, they provide the type of sensible leverage that we discussed on Tuesday — creating an asymmetric risk/reward with odds tilted toward the latter.

Just to give you an idea of the capital-efficient nature of LEAPs, let’s compare buying 100 shares of Apple (AAPL) to buying a call option with a 70 delta that expires in June 2022.  With APPL trading at $125, the purchase of 100 shares, assuming no margin because we don’t want to risk losing more than our initial investment, would cost $12,500.  The call option would cost $2,000 — 16% of the cost of the underlying shares. The reason I’d choose an option with a 0.70 delta is that it’ll start moving nearly 1:1 with the stock after a mere 5% increase in shares.

Now that we see how attractive the math is, let’s look for some attractive candidates.  I scanned some of the high-growth tech stocks that have enjoyed a good run, up 50% minimum from the March 2020 lows. However, they’re now at least 10% below their 52-week highs.  I originally came up with over 85 names but winnowed it down to the 15 below, which are a mix of solid ‘blue chips’ such as AAPL and Amazon (AMZN) to the more speculative and of questionable valuations such as Tesla (TSLA) and Virgin Galactic (SPCE).

Three names from this basket that I’m placing in the ‘check out’ bin for immediate purchase of 1 contract a 70 delta June 2022 LEAPs are Paypal (PYPL), Shopify (SHOP), and Zoom (ZM).

The strikes and cost are; PYPL 220 strike at $40 per contract, SHOP 960 strike for $240 per contract, and ZM 300 strike for $45 per contract.  All told, this will cost about 15% of what buying 100 shares of each would. My risk is limited to the cost and there’s an unlimited upside.  But, to be realistic and maintain a proper risk/reward discipline, I’ll be setting both price targets and stop-loss limits in the next few days.

[Final Sale Offer] Grab your spot in the Options360 Service for the heavily-discounted price of $19!