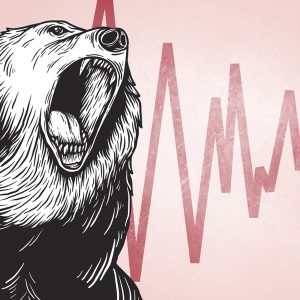 While I’m not turning overtly bearish, I’m tempering my bullishness which has me searching for short candidates to help balance out my Options360 Service positions.  Currently, Options360 has 9 open positions, and although I’m happy with them and 7 are currently showing a profit, all of them have a bullish bias.

A few such as Morgan Stanley (MS), and Electrameccanica Vehicles (SOLO) have such a greatly reduced cost basis that they carry next to no risk and will likely be closed out at the week’s end for profits. On the other hand, my bullish position in iShares 20+ Year Bond (TLT) has been a bust — so it too has very little left to lose; unless there’s a big bond rally in the next two weeks, it will experience a worthless expiration.

[Special Offer] Claim Your Trial Membership to the Options360 for just $19!

The reason I’m hunting for a few good shorts is that the market’s become more volatile as it digests the headwinds of rising interest rates, and the fact that as the vaccine rolls out and the economy ramps back up, we could see the final installment of monetary stimulus.

While Monday’s saw S&P 500 and the Nasdaq post their largest single-day gains in over three months it should be noted that the biggest rallies often occur within the context of downward trending, if not outright bear markets.  As of midday Tuesday, the S&P 500 and Nasdaq have given up early gains and are decidedly negative — suggesting Monday was indeed a countertrend rally.

While we’re far from a bear market, the Nasdaq, down 8.9% from it’s high, is approaching correction territory and many individual names including the blue-chip FANG, are off 10% or more from their highs.

Also of concern is this earnings season, generally very strong, has been met with a ‘sell the news’ reaction even for companies posting blow-out numbers.  For example, last week, Network Appliance (NTAP) beat on the top and bottom line and boosted guidance, yet shares tanked 7% following the report.  This morning, Target (TGT) reports blowout numbers on every metric.  However, after an initial tick higher, shares have turned over 5% lower.  We saw similar action in Workday (WDAY), and Home Depot (HD), following their earnings reports — suggestive of a market saying the best-case scenario’s reflected in current prices.

Get everything the Options360 Service Has to Offer for just $19!

I’m focusing on the industrial sector. Two names I’m keying on are Caterpillar (CAT), and Deere (DE).  The stocks are up 100% and 220%, respectively, since June 2020.  The initial trend was on the back of the strength in housing and rising commodity prices as their equipment’s used in both construction and farming.  The gains accelerated after the election, both up over 50% since Nov. 6, on hopes of a large infrastructure bill.  A bill that has been elusive for the past five years and isn’t part of the current $1.9 trillion stimulus package.

CAT and DE are cyclical stocks currently trading at 39x and 36x price-to-earnings; that is a historically high valuation and suggests a lot if not all, the good news is priced into the shares.  Both companies have also received numerous analyst upgrades.

I simply don’t see any new positive catalyst on the horizon. What I do see is the potential for a significant pullback in both names over the next few months. I’ll be initiating a bearish position in one within the next day or two.

Find out how I’m structuring the trade, sign up for a $19 trial membership to my Options360 Service