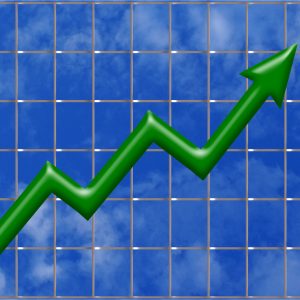 Yesterday, we closed out a trade in Options360 for a 105% ROI.  We held the trade for about 3 weeks, which is longer than our normal holding period – especially with my new tighter time horizon.

Get in on the Next Great Trade for just $19!

I thought it would be valuable for me to walk you through the trade and explain what we did.

We opened the trade on March 1st.  This is the exact alert that Options360 subscribers got:

PulteGroup (PHM) is one of the leading builders of both single-family and multi-family homes.  Its price point tends to be on the upper end; last quarter saw 20,439 units, a 53% in demand, with an average selling price of $440,000 which was a record.

The chart has been essentially sideways for the past few months, straddling the fulcrum around to the $45-$46 level.  Twice it recently broke below 50-day moving average but in both cases quickly reclaimed that level.   After a bit of consolidation, the next move looks like a renewed trend higher.

On March 17, it became clear that it was time to take some profits by closing half the trade and roll the remaining position to maximize the profits.  I sent this alert:

Then yesterday it became clear that it was time to exit the rest of the trade.

However, we don’t necessarily want to eek every penny out of a trade.  Sometimes the risk/reward profile moves to a point where it doesn’t make sense to stay in even if there is a tiny bit of profit left on the table.

So I sent this trade alert and we closed the trade for a 105% ROI in the 3 week holding period:

We had closed half the position last week, let’s close the balance for solid, almost no pain, a gain of 105% during the three-week holding period.

It’s this kind of trade selection and position management that has Options360 up 21.1% year to date, and we aren’t even out of the first quarter yet.

Even more exciting is, I expect to see even more volatile price action in the coming months…

That means even more opportunity for us.

I don’t have a crystal ball, but I do have 40 years working in and around the markets…

So maybe my guess is a bit better than most.  We shall see.

In the meantime, if you want to get in on the next great trade, make sure to grab your trial subscription for just $19.