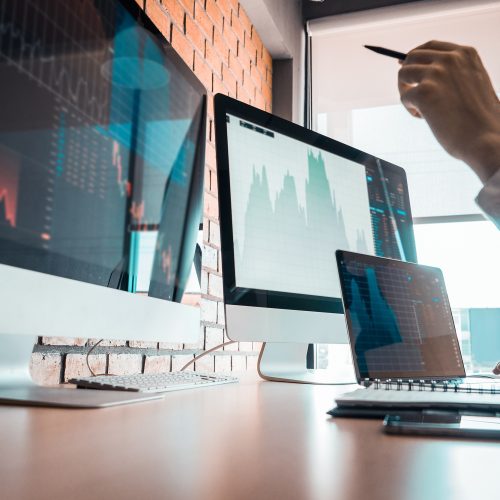 The meme game continues to be played with Wendy’s (WEN) being today’s anointed name; shares of the fast-food company jumped by 25% in early trading on nothing more than word r/WSB targeting it as the next stock to run.

As I discussed in “Three Pieces of Advice for Trading Memes,” I have nothing against those looking to actively trade meme names. There’s a plethora of money to be made.  However, it just isn’t what I, or the Options360 Concierge Trading Service members engage in.

But, it’s tough to ignore the market’s most active corner. For each email I received asking questions or thanking me for providing some advice on riding the momentum, there’s been an equal number asking how they can short overvalued stocks, or more to the point, bubbles waiting to burst.

Being a contrarian is built into my trading DNA — so I’m slowly being sucked into how I might get involved in the meme stock names. Specifically, what’s a reasonable way to establish bearish positions without exposing myself to undue risk.

I’m not sure how high some of these stocks will run in the near term.  However, I believe the thrill and impact of running and gunning (or pumping and dumping) will dissipate over the next few months with fundamentals ultimately taking hold.

My options strategy of choice has a six-month time horizon and takes a “set it and forget it” approach.  Consider it a short-term “investment” with a bearish bias. I plan on allocating roughly 10% of my over-options portfolio to establishing bearish put spreads in a handful of the meme names. I’m segregating these positions both mentally and physically from my main active trading via a different account.  Remember, an account dedicated to options trading should always be viewed as speculative and positions should be established with the expectation there could be a 100% loss.

The plan’s to establish put spreads in the January 2022 expiration.  I figure 6-plus months is sufficient time for the meme stock fever to burn out. Basic valuations, along with more supply through stock issuance by the companies and professional traders having squeezed all the juice, will see these stocks reverting lower.

1. GME reports earnings after the close.  It will be something of a litmus test of how committed the momo traders are and how long they can ignore fundamentals.

I’m buying the 300/270 put spread with a January 2022 expiration date for a $13 debit.  The company now has the cash to make acquisitions and time to pivot its business model. But, my feeling won’t grow into the current absurd valuation. My expectation is that GME will be below $270 by the end of 2021, resulting in a 130% return.

2. AMC Theaters was already in a secular downtrend.  The company’s been savvy in raising money, with its executives selling shares hand over fist. By the end of the summer’s ‘blockbuster’ season, it should be clear that AMC’s revenues continually decline and the company remains heavily in debt.

3. Blackberry (BB) once ruled the mobile phone and messaging market in the early 2000s.  But, once Apple (AAPL) introduced the iPhone it was left for dead. 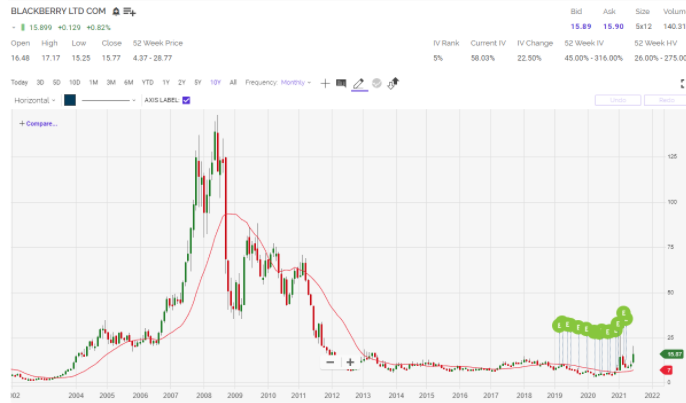 Then the memes got ahold and BB quadrupled from $5 to $25 in early February.  Now, after a pull-back to $8, the stock’s doubling again from its May low.

The company’s fundamentals don’t justify this valuation — just like the last takeoff, I think the gains could quickly evaporate.

Again, these are speculative plays but have a well-defined risk.  I don’t expect to trade in or around the positions.  They are “set it and forget it” with the money I’m willing to lose should I be wrong.

Final Offer: Claim your entry into the Options360 Concierge Trading Service for only $19. DO NOT miss out on this exclusive opportunity!