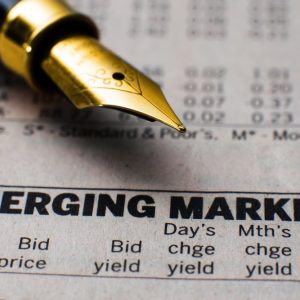 The stock market continued to ride its positive momentum on Friday, closing an extremely strong week for Wall Street. As of 11:45 a.m. EDT, the Dow Jones Industrial Average (DJINDICES:^DJI) was up 219 points to 34,416. The S&P 500 (SNPINDEX:^GSPC) had gained 12 points to 4,278, pushing further into record territory, while the Nasdaq Composite (NASDAQINDEX:^IXIC) settled for a small gain of 7 points to 14,376.

A couple of stories made investors feel more confident about the overall economy and the prospects for innovative companies. Nike (NYSE:NKE) announced blowout earnings results in its most recent quarter, sending the Dow component soaring. Meanwhile, Virgin Galactic Holdings (NYSE:SPCE) made a key announcement that will pave the way toward making good on its literally skyrocketing potential.

Nike gets it done

Shares of Nike soared nearly 14% on Friday morning. That took the athletic apparel pioneer to a new all-time high, as investors celebrated the numbers from Nike’s fiscal fourth-quarter report.

Its results were outstanding. Revenue nearly doubled year over year to $12.3 billion, representing a 21% gain from the same period two years ago, before the pandemic. Despite headwinds throughout much of the fiscal year due to the pandemic, full-year revenue climbed 19%. Nike had great success with its direct sales channel, which showed 73% growth in the quarter. Earnings of $0.93 per share were nearly double what most investors had expected to see and closed a solid year for the company.