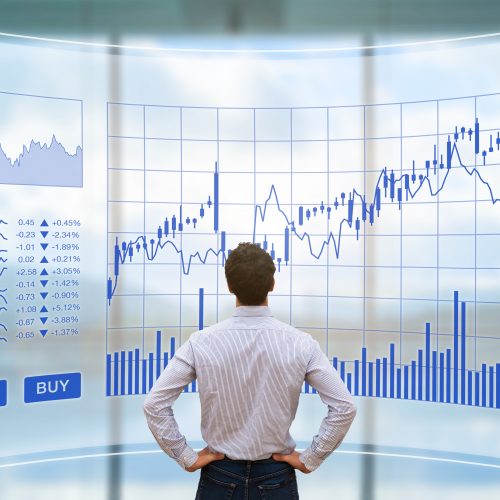 I love trading options because of the flexibility it provides. As I like to say, the Options360 service is ‘unconstrained,’ in that I’ll use whatever option strategy aligns with my thesis.

Meaning, if I think there will be a dramatic move in the markets, outright purchase of calls or puts will be employed.  If I think something is trending, I’ll choose a diagonal spread to focus on income collection or if I think a stock has simply reached a major support or resistance level, I’ll use a credit spread to take advantage of time decay, on the notion that while the stock might not move much, it will also not breach certain price points.

This week the ‘unconstrained’ approach came into play as we closed out several positions including an iron condor in Salesforce.com (CRM) for a 47% gain, a diagonal spread in Akamai (AKAM) for a 63% gain and the previously mentioned bearish positions in Hilton (HLT) and Invesco QQQ Trust Series I (QQQ) for 85% and 96% gains, respectively.

This week I did a free webinar explaining the Options360 3P approach of Process, Probability and Profits which you can WATCH IT HERE.

Admittedly it has not all been rainbows and butterflies, as a bullish position Coinbase (COIN) looks like it will die worthless next week incurring a loss.  So, despite my turning cautious two weeks ago, the Options360 portfolio is now up 25.6% for the year to date (YTD). Which means that Options360 is outperforming the S&P 500’s YTD gains by 47%.

As a side note, I’m proud to say the Earnings360 is killing it, as we have gone 6-1 on trades this week including a bearish play in Texas Instruments (TXN) and bullish in Snap (SNAP), which delivered 78% and 95% returns respectively.

Get full unrestricted access to the Options360 Concierge Trading Service with this $19 promotion.

This week in Options360 added a few new positions, including a bullish position in Las Vegas Sands (LVS) and a new bearish position in QQQs. The QQQ are starting to go parabolic, carried by good earnings from most of tech and the weight of FAAMG hitting new highs.  I’ve repeatedly discussed how the gigatech generals have carried the top line indices higher while there has been major pull by many of the soldiers.

These heavy hitters, AAPL, AMZN, MSFT and GOOGL all report earnings next week.  I don’t doubt their reports will be stunningly strong.  But will they be met with a sell the news reaction?  That’s what happened last quarter.

Which is why I think it’s worth spending a little money, using the Monday Wednesday expires, or what I refer to as the triple play of rolling to reduce cost basis, to see if there is a correction in the next two weeks.

This will give me a hedge and the confidence to add new bullish positions in individual names; a couple I’m eyeing include airlines such as Southwest (LUV) and housing like Lennar (LEN).

Stay tuned for what should be some serious action next week.