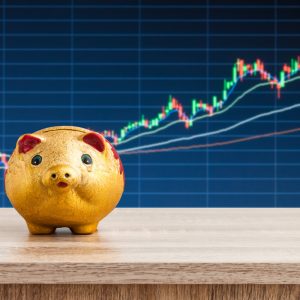 On yesterday’s Options Academy, a member asked how he should handle a covered position on Cisco (CSCO) where the stock price moved above the call he sold against the shares he owned.

Quick reminder: Options360 members, or any Adam Mesh Trading Group service, receive free access to the Options Academy. In it, Mike Honig and I host a live one-hour session each Monday; a terrific resource for education and idea generation.

But now, back to the topic at hand; the covered call strategy’s one the most popular options strategies, especially among investors that don’t consider themselves “option traders.”

It’s a way for owners, especially buy and hold types, to generate income from the stocks they own.  It also provides an immediate discount to the purchase price of shares from their current price.

In the current environment, it’s a great way to resolve the tension between stock profits with tremendous gains and hitting all-time highs, but still wanting to hold them as partial portfolio core holdings.

My first, and most important point is this: To use covered calls, and the puts-selling sister strategy, to create perpetual income, one must commit to the process. That means not worrying about having stock called away or puts assigned.

1) Sell puts to collect income with the willingness

2) To be assigned stock

3) Sell a covered call against the shares

4) If shares are called away, sell puts

In this fashion, we’ll create a virtuous cycle of premium collection to generate income while continually reducing the cost basis of the underlying shares. 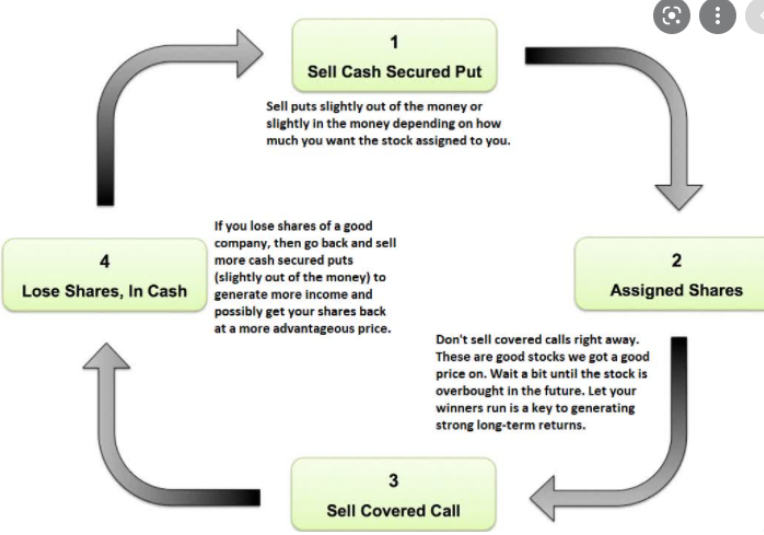 Let’s look at a quick example using  “Apple (AAPL).”  From this January to early March, AAPL suffered a 15% decline from $148 to $120.  At some point during this decline, it probably looked like a great idea to sell some March 125 puts for what may have been around $2.00-$3.00. Problem is, AAPL sank back below $125 on the week of March expiration; meaning you would have been assigned shares.

Now, as a shares’ owner with around a $122 cost basis (the strike minus the put premium collected),  your next step would be to sell a call. Using the rule of thumb to sell a call that’s 15% out-of-the-money with 30 days until expiration, means you would sell the April $145 call for around $3.00 credit. Your cost basis on the underlying AAPL stock’s now $119 per share.

Through April, May, June, and July, AAPL shares held within the $130-$140 range; meaning you would have executed an additional four rolls of the covered calls for around a credit of $1.00 each time.  The new cost basis is now $115 per share.

However, during the week of July expiration, AAPL shares shoot above the $145 level, meaning your shares can be called/assigned away.  You have a great profit — nearly 26% in just the seven months.  AAPL just went on an epic run and you’re reluctant to pay an additional premium to roll the calls higher.

Simple solution: Let the stock get called away and sell the July $145 puts for around $4.00 credit. The new cost basis is down to $111 per share.

Don’t worry, I’m coming to the end of this tedious, but have a profitable example.  In July, AAPL dropped below $145 on the expiration date and you assigned shares.

Guess what you do now?  Sell the August 165 calls ( again 15% OTM and 30 days till expiration). Last week, you’d have rolled those into September.

I know it can seem labor-intensive, especially reading seven months of activity in one article, but it’s fairly simple.  Just remember to… rinse and repeat.

[Last Chance] Click here and grab your $19 test drive. It’ll be the best money you have ever spent!