Home / Featured / Full Message / Revealed: The Trading Strategy That Just Earned Us a 60% Return in 1 Week 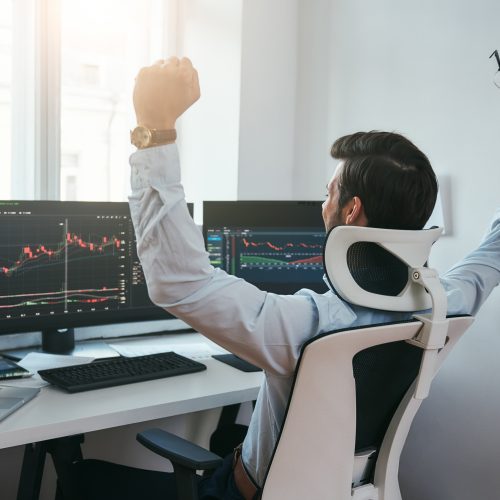 The major indices continue to grind higher, mostly on the backs of big-cap tech names. However, aside from sharp moves following earnings reports, many stocks are just meandering around.

That has led me to deploy more iron condors in the Options360 service. As a matter of fact, the past three positions we’ve initiated over the last week have been iron condors.

As a reminder, an iron condor is a combination of put and call spread; typically using out-of-the-money strikes and done for a credit. Two key elements to iron condors are

Basically, with an iron condor, you want the stock to remain within a range between strikes of the put and call options sold short.  The maximum profit is the width between strikes minus the amount of premium collected. 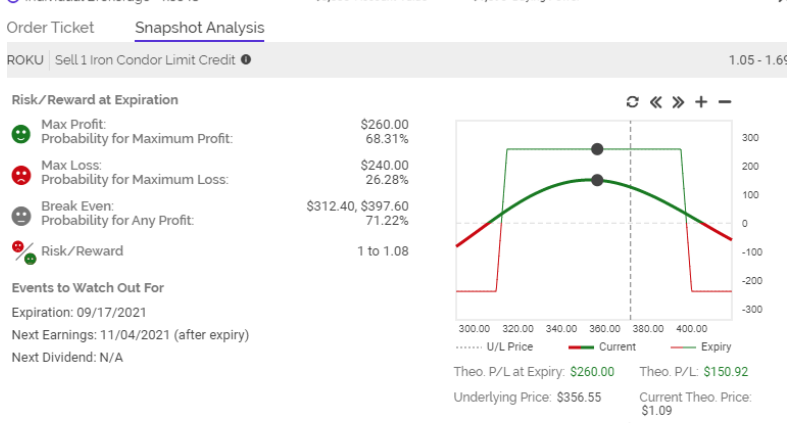 As a means of money management, I rarely hold iron condors until expiration as the risk/reward becomes asymmetrical. Basically, stocks don’t stand still forever so you don’t want to overstay your welcome.

In fact, yesterday we closed half of the ROKU position for a $1.00 debit. Meaning, we made $160 per contract which represents a 60% return on risk. Not bad for just having simply predicted a stock will remain in a range.