Home / Featured / Will the Stock Market Melt-Up Continue For the Rest of the Year? 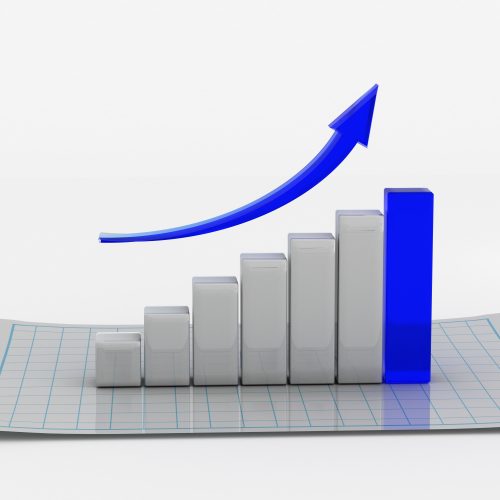 At the open this morning, the SPDR S&P 500 ETF Trust (SPY) and Nasdaq Invesco QQQ Trust Series I (QQQ) sold off a bit on disappointing earnings from Apple (AAPL) and Amazon (AMZN).  These two stocks were down more than 2% each and this dragged down those two major indices this morning but they’ve since rebounded.

What’s notable is market breadth was positive with the NYSE advance/decline +420 at midday.  This is a complete reversal from yesterday in which SPY and QQQ hit new highs but market breadth was a decidedly negative 880.  These just reinforce that one refers to “the stock market” by looking at the major indices, which are market cap weighted, you are really talking about a handful of stocks.

In fact the top 8 names account for 65% of the QQQ and nearly 20% of the SPY.  Here’s a pie chart showing the market cap breakdown of the top 8 stocks compared to the other 394 which comprise the SPY. 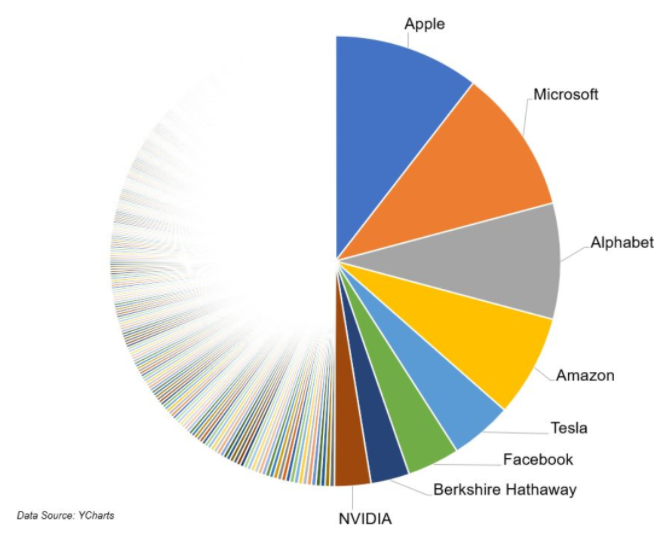 This high concentration is not necessarily bad nor is it new.  Historically the top 10 stocks have accounted for 25% of the overall market cap. At its peak in 167 IBM represented 5.7% of the S&P 500, currently Microsoft and AAPL represent about 4.5% each.

In fact I’d go far as to say this structure could be setting the market up for a melt up. These mega-cap names don’t trade as excessive valuations, they all pay dividends and will continue to be added to both personal and institutional portfolios.  And after a break during the early Covid uncertainties these behemoths are back to engaging in massive stock buybacks.

Indeed money has been flowing into equities at a record pace hitting a record over the past year.  This is probably the first time since the 2008 financial crisis in which investors have fully embraced stocks.  The decade following the crisis, in which the SPY rose some 400%, was often referred to as “the most hated bull market” as those scared, scarred and stayed out stocks kept expecting another bear market was in the making. 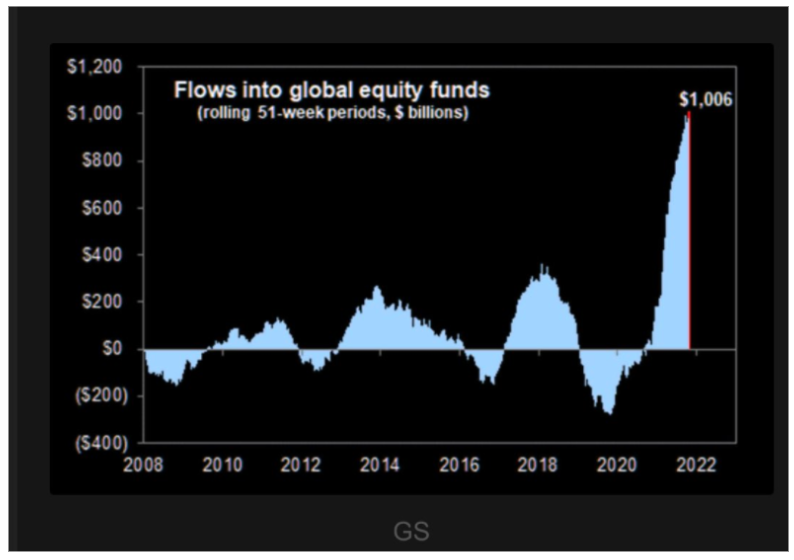 We all know zero interest rates created a There Is No Alternative (TINA) market but now sentiment has genuinely shifted to buy the dip and the market always goes up.

There is now a powerful combination of long term holders for the big blue chip names with an increasing appetite for speculation.  And of course the Fed’s firehose of liquidity and multiple trillions in stimulus has been the kerosene on the fire.

Of course this is bringing out new calls that we are in a bubble, and indeed pockets of the market from space exploration, to electric vehicles and anything crypto, seem a bit frothy.

Indeed, the increase in skepticism has led to the largest amount of short interest in the Nasdaq since 2008. 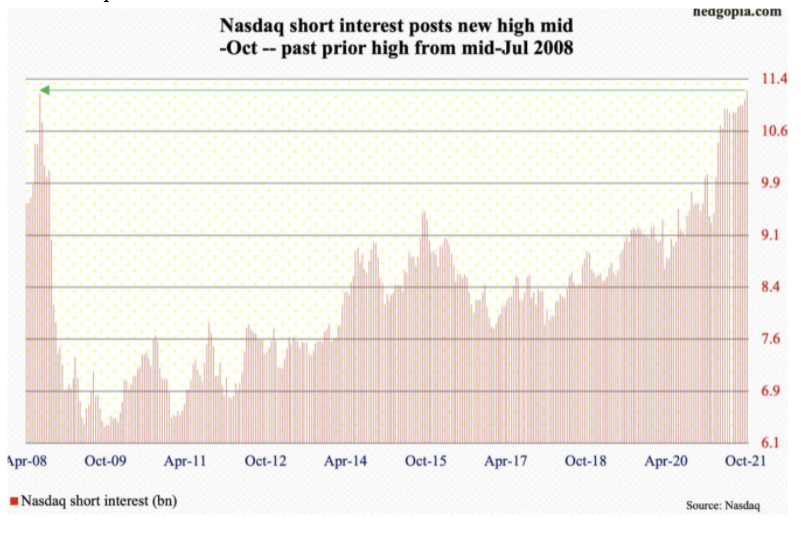 The irony is these shares sold short could fuel a new leg higher.  Combine the potential for short covering rally and with role options have been playing in creating squeezes and we could be looking at a melt-up heading into the end of the year.

A report from Goldman Sachs provides a list of catalysts and dynamics which could fuel a rally.

The takeaway is  the mega caps form a rock solid foundation for ‘the market’ and there is enough liquidity with a speculative fervor to carry this market significantly higher.