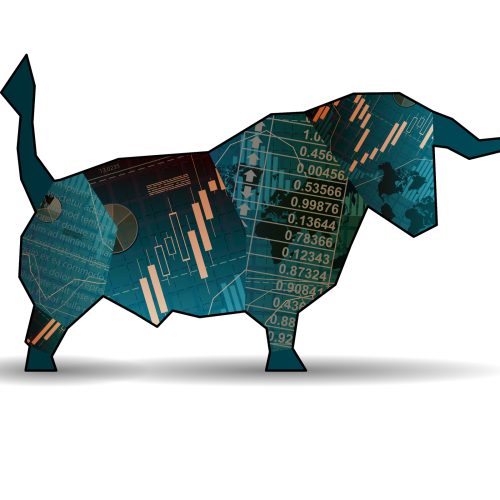 This gives us time to put in perspective and assess the current market conditions and whether today’s action is a pause that refreshes or a sign that the bull has run its course and is due for its long-awaited correction.  One thing I’m noticing is that all three are down a similar amount of around 0.75%.  This correlation stands in contrast to most of the past year’s day-to-day action, which was characterized by rotation; one day large-cap and growth would rally while small-cap value would drop only to see the reverse happen the next day. The uniformity of today’s action suggests it’s well-controlled and simply a much-needed pause.

Over the past two months, I’ve done my own flip-flop from mid-September when I thought there was a significant sell-off coming to mid-October, which is when I decided we might go parabolic and melt-up into the end of the year.

Somehow, they both occurred as markets continued to decline in September, posting a record 8% return in October, and continuing a straight run during November’s first 6 trading days.  The SPY is now up 17 of the last 19 days; posting 8 consecutive new highs.  The last time that happened was 50 years ago (1971). That is a small sample set of one.  But, we should note that the market only had a 3% pullback over the next two weeks before regrouping and rallying to news highs within two months.

Broader historical data shows that when the indices enter the fourth quarter above 10%, which has happened 21 times over the past 50 years, it goes on to gain an additional 4% by the year’s end.

Still, looking at this recent run, you can’t help thinking that we’re getting into a rarified air and ready for some form of reversion.

The Options360 portfolio had been reducing our exposure over the past two weeks and came into today with just three positions; an older bullish PayPal (PYPL) position whose shares are getting crushed today forcing some adjustments, a Roku (ROKU) iron condor which is tracking for a nice profit heading into this Friday’s expiration, and a recently-added bullish Snap (SNAP) which goes out until January.

However, right now, at least for today and tomorrow, I’m biding my time before initiating new positions.

My step back is mainly a function of two items;  I’m not a great momentum trader; so buying new highs makes me queasy (I’d rather buy support and sell resistance).  Also, I’ve learned that patience pays (don’t pick bottoms or tops) to allow good setups to develop.

One item concerning me is how the VIX has climbed 5 of the last 6 days; even as stocks moved higher.  I will dive deeper into this tomorrow.  But, this is a reminder that the VIX, often referred to as “fear index,” is actually directionally agnostic.  In other words, a sharp move higher,  coupled with a recent penchant for massive call buying of out-of-the-money call options can cause a lift in the VIX.

The last time a bull market was accompanied by an increase in the VIX or general implied volatility was the dot.com bubble days.  Outside a few pockets such as electric vehicles, crypto, and maybe space travel,  I don’t view the market as a bubble.  However, the commitment to buying the dip might be tested in the next few days.

Therefore, I’m waiting and taking the pause as an opportunity to expand my watch list in preparation for the next good setups.

[Last Chance for $19] Try out the concierge trading service that’s delivered its members 39% to 122% in annual profits —  The Options360!