Stocks saw some of their most volatile weeks in January, culminating last week, which saw the major indices have 2%+ moves each day and 4%-plus intraday price swings.  This helped send the VIX above 30% level.  But, real jaw-droppers came when large caps such as Amazon (AMZN), Facebook (FB), and Paypal (PYPL) each moved over 20%, following their earnings reports — the action type you may expect in speculative biotechs, not mature $500+ billion market leaders that produce consistent profits.

While prices have stabilized in the last few days, there are still a few key confluences keeping people on guard.  The SPDR S&P 500 Trust (SPY) and Invesco Nasdaq 100 (QQQ) enjoyed a nice bounce from oversold conditions recovering about half losses from the January lows. However, they’re now at a midpoint of the recent range with an overhang supply above current levels.

Technicians are also pointing to the 200-day moving average crossing below the 20 DMA in the QQQ’s, and it’s close in the SPY. This is often a sign of a change; people will be on guard if the 200 DMA crosses the 50-day, known as the dreaded “death cross.” 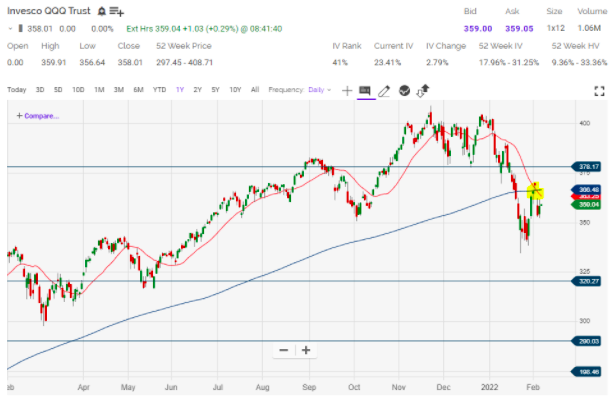 Second, and possibly the largest contributing factor to the increased volatility is the steep drop in liquidity in the past few weeks. There have been wider bid/ask spreads and less depth at each price level; a sign of confusion, indecision, and a risk-off mentality.

The lack of liquidity leads to ‘air pockets’ where the algos take control of the market and cause swift drops or pops.  For example, just this morning, the SPY and QQQ went from session lows to session highs, about a 1.2% move, in just 30 minutes on no news.

This image shows liquidity dropping to the lowest levels since March 2020 when the pandemic sell-off hit. 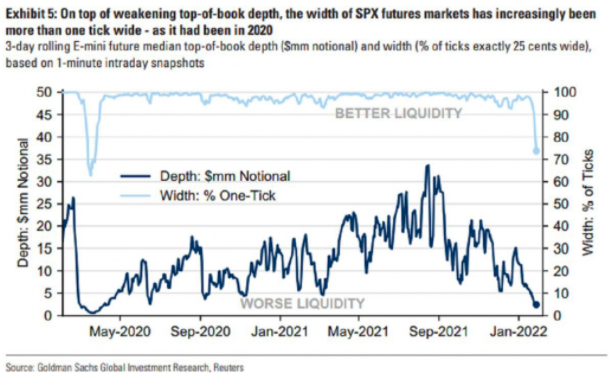 The last point of concern, that’s been evident for a while, is the market breadth deterioration, which has rolled over.  We’ve frequently talked about how MAGA stocks have propped up the headline indices while masking the bear market that occurred below the surface, especially in high-growth names.  If breadth can’t improve, I’d expect the generals to retreat to the wounded soldiers. 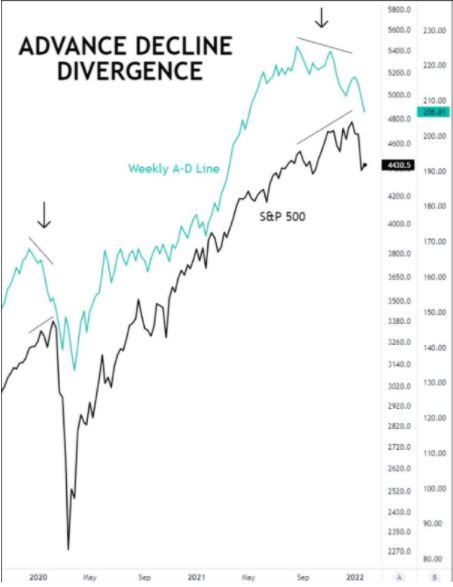 This all adds up to a market waffling with quick reversals and choppy trading within a range.  This could continue for the next few weeks, ahead of the March FOMC meeting.

Right now, that seems a long time away.  Tomorrow, I’ll share some of the trades Options360 has been making within this mixed-up market.

​​[Last Chance] Claim your $19 Exclusive Offer into what our trading experts are calling “The Most Incredible Trial Subscription Ever…” — The Options360 Concierge Trading Service!