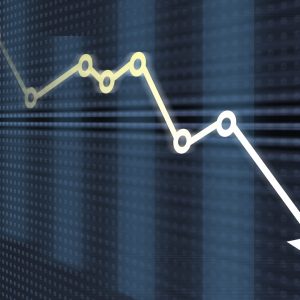 As I type this there are still a few hours of trading left. But, I don’t think I’ll stick around to watch it as this week has felt like a month. With all the intra and day-to-day price swings, the major indices will likely end up unchanged.

Full transparency: The beach is calling me right now!  However, it would behoove me to not leave you some quick thoughts and a few actions we took in the Options360 Concierge Trading Service to ride this wild week.

In terms of SPDR S&P 500 (SPY), support in the 420 area still remains.  For resistance, some around $430, and more substantially around $445 near the 200-day moving average.  It’s been incredibly choppy within this range. However, I still think that the rallies are merely bounces within a longer-term downtrend.

We got some very short-term buy signals from oversold conditions such as the equity-only put-call ratios, which rolled over from when they peaked at the February 24th market low. Likewise, the VIX retreated from its high; with neither plunging. Apparently, they’ve only topped out for the moment.

Market breadth continues to be negative with the main gainers coming in the commodity-related names; not exactly helpful for the overall economic outlook, as it speaks to persistent inflation. The upshot: The breadth oscillators are on sell signals; even while remaining in oversold territory.

The bottom line is that the SPY’s trending down with option gauges such as put/call ratio and the VIX are trending up, leaving an overall bearish outlook.

Options360 has been navigating this tricky market very carefully!

Our positioning backbone has been a bearish put spread in the SPY, where we employed what I described here as the “triple play.” That is buying a put that has an estimated 10 days until expiration and selling the nearest expiration to take advantage of Monday & Wednesday options offered in the SPY.  This allows us to get three rolls, aka the “triple play”, to reduce the cost basis. Yesterday, we closed a position for an 89% gain after an eight-day holding period. Today, after the higher opening, we relaunched a new round that we’ll manage through next week.

Options360 has also initiated a couple of bullish positions in Lithium America (LAC), which I described here.  Plug Power (PLUG) on the related idea, there will be an increased urgency and investment in electric vehicles. We also established a bullish position in Penn National Gaming (PENN) and a Deere (DE) iron condor, which had some big swings but remains within the $365 to $390 range.

There are a few other open positions.  I expect to be a little more active next week, surrounding the Federal Open Market Committee meeting, which should generate renewed volatility.

Of course, all positions are subject to change. On that note, I’ll leave you with these thoughts:

And… enjoy a well-deserved weekend!