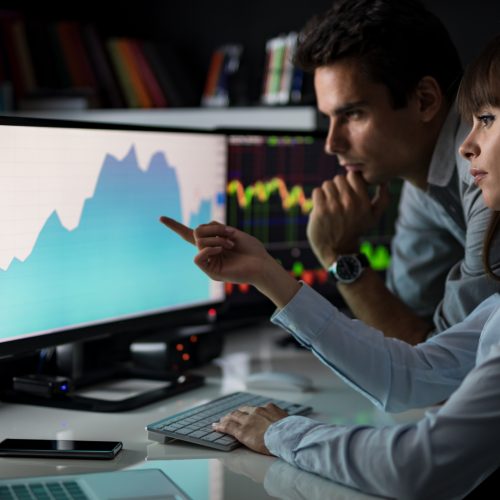 As I’ve discussed, options have become the tail wagging the dog, exacerbating the moves; with the past few weeks seeing unprecedented stock price swings.

Back in my market maker days on the Chicago Board of Options Exchange (CBO) floor, the 3rd Friday of each month was known as “gamma day.”

With Indexes and ETFs such as SPY having expiration three times a week (Monday, Wednesday, and Friday), Gamma scalping is now a full-time trading landscape feature that may be warping price and volatility levels.

In an interesting WSJ piece covering it, the article reads: “There’s a powerful force at work in markets that helps explain why stocks seem to do nothing for long periods and then suddenly lurch into activity. Market players have noticed this force—known by some as a “gamma trap.”  I drilled down into how a gamma squeeze rocketed shares of Tesla (TSLA) last year.

Let’s dive into the definition and mechanics of an options Gamma:

Gamma is a second derivative and measures how much your delta will change per unit change in price; as prices rise, your delta increases.  Or more pertinently, as prices decline your delta turns more negative, meaning you get longer as prices go up, and shorter as prices decline.  Sometimes, people confuse gamma with vega which is a measure of volatility. They sometimes act in concert but are not related.  Kind of like country and western.

In the chart below, notice how an options delta becomes more sensitive as expiration approaches.  Essentially, on expiration day, an ATM option acts just like owning or shorting the underlying shares.

As the time approaches expiration, the gamma level of an option increases. Like time premium levels, gamma also falls under the normal distribution curve with the at-the-money (ATM) options having the highest gamma levels. This is why most people who gamma scalp use ATM options to buy (or sell if reverse gamma scalping) straddles and strangles. 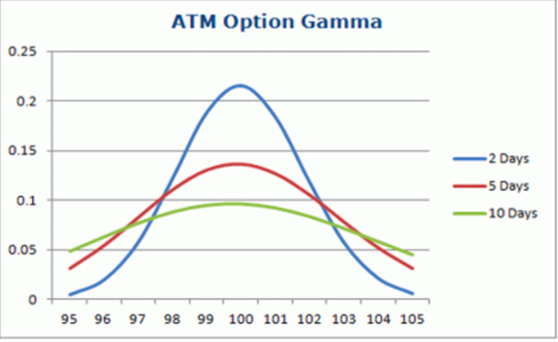 If you’re short gamma (net short options and hence volatility), one usually takes a defensive stance on large moves, putting them at high risk of compounding losses and setting off a self-fulling bout of ever-increasing volatility — becoming more tempting for bears or shorts to sell; creating another sort of feedback loop.

The combination of a stock short squeeze with negative gamma has led to some of these eye-popping moves.

I think this gamma squeeze contributed to the recent rally in stocks.  Last Friday was a quarterly expiration with huge open interest.  As price moves higher, there’s an increasing need for dealers and market makers to buy shares, or S&P futures, to maintain a delta neutral position.

Last week, the flipping point from negative gamma to positive coincided with the important $4400 level.

The upshot is the importance of being aware of how gamma can impact and exaggerate moves in individual names and the entire market.  From a risk management standpoint, remember these important points:

1) Stocks can go up to infinity, maybe not indefinitely, but there’s no price too high on a temporary basis.

2) Never (and I mean never) expose yourself to unlimited losses!