Home / Featured / Full Message / Twitter: Did Elon Musk Bite Off More Than He Can Chew? 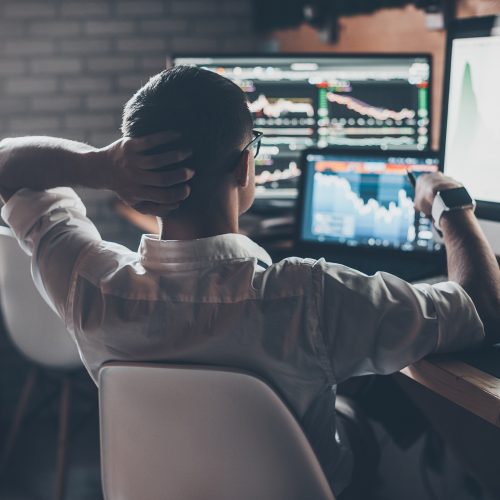 It was another wild week with massive moves both up and down.  Once again, some of the most vicious rallies occur during bear markets, and I’m afraid to say that we’re indeed mired in one. To put a twist on an old sarcastic saying, “the whipsaw action will continue until morale improves.”

For a moment, earnings reports, even from the large companies, i.e. Alphabet (GOOGL) and Microsoft (MSFT), were overshadowed by the drama surrounding Elon Musk’s bid to acquire Twitter (TWTR) and take it private. It dominated financial headlines, and the Twitter stream itself, and actually impacted overall market price movement.

In fact, I’d say that Tuesday and Wednesday’s steep sell-offs, where Nasdaq (QQQ) fell some 4.1%, were a direct result of the Musk’s Twitter bid  We can debate all we want about whether Musk should buy Twitter and what he might do with it, but there’s no doubt that even for the world’s richest man, it poses a significant financial risk.

A quick recap, Musk’s $54.20 a share bid amounts to some $44 billion. Certainly doable for someone whose worth is estimated at around $280 billion. The financing breaks down thusly, The funds for the deal are being pulled from several sources. This includes $13 million in financing collectively from Morgan Stanley and other financial institutions, along with $12.5 billion in margin loans, against Musk’s Tesla (TSLA) shares, and his other companies. Musk is expected to provide $21 billion in equity financing.

[$19 Sizzle Sale] Claim your $19 Offer into the trading service that’s delivered its members huge gains every single year since inception (82% profits in 2021) — The Options360!

This is where his financial position becomes precarious; if TSLA shares fall by about 20% or to around $750, a level during the February market low, he could be subject to a ‘margin call’ just as any mortal investor would be. In other words, he might be forced to liquidate or sell TSLA shares to meet said margin call.

On Tuesday morning, investors were seemingly spooked by the prospect of sending TSLA shares down 10%-plus to below $900 per share. This is where we see how TSLA has a major impact on the entire stock market’s daily price action.  It’s the most actively traded stock and most actively traded option with a daily notional value; changing hands more than even the SPDR 500 Trust (SPY). There are huge institutions and hedge funds that have algorithmic trades tied to TSLA shares and derivatives. Without getting too deep in weeds, (see Bill Hwang’s arrest shenanigans) the selling in TSLA cascaded across the market, especially the tech sector, causing the QQQs to fall over 3% in less than two hours.

Now, it turns out Musk was a major seller, dumping over $8.5 billion in shares over a three-day period, likely seeking to get out in front of selling that might cause a margin call.  On Thursday morning, he tweeted: “I’m done selling.” helping to spark Thursday’s massive rally in TSLA and the broad market, which was up some 3.5% on the day.  I don’t think I’ve ever seen the QQQs make such a big move ahead of Amazon (AMZN) and Apple (AAPL) earnings reports, which were due after the close.  Remember, those two stocks alone represent about 14% of the Nasdaq. To see such aggressive buying before the reports is pretty much unheard of.

This brings us to today, AMZN missed earnings and is seeing its largest price drop in eight years (-11%).  The broader market is now giving back most of Thursday’s gains and TSLA is back below $900. Musk doesn’t have much more dry powder, and he still needs to come up with another $7 billion or so.  You can see what a dangerous game Musk is playing with his own fortune, and potentially, the market as a whole.

Musk said he doesn’t care about making money on Twitter. However, let’s hope he cares enough about TSLA not to mortgage its future on his new toy.