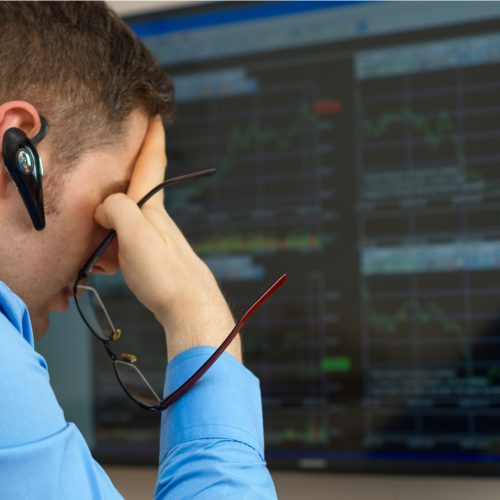 Stocks, commodities, crypto, markets in general, are all going through one of the most turbulent six months of the last 25 years. No need to…

recap the prevalent and countervailing forces, I think we all have been brought up to speed on what’s going on.

Options360 has been bobbing and weaving, locking in quick gains to keep the consistent gains in a market that has been anything but. No plans for a July 4 blow out party but we’re keeping our heads about us.

I expect over the next few months many of the macro forces will continue to swirl and people, as well as the market, will learn to live it.

For myself and Options360, the approach will begin to shift more towards “positioning” rather than “trading.” This may seem like a matter of semantics and to some extent it is, but it allows for a subtle mindset shift which leads to less emotions in trading and adopting a larger frame of reference.

Side note, last weekend I just dipped my toes back into Bitcoin for the first time since 2017. HODL!

Regardless of what direction the market is headed, I thought it might be helpful to identify some rookie mistakes I often see made by people just getting started in options trading. Try to avoid this mistakes at all costs. In the coming weeks, I plan on drilling down into these specific topics and using them as a spring for further discussion

You can reach me at Steve@Adammesh.com to ask for answers and take advantage of the $19 per month trial.

Too often new traders opt for buying way out-of-the money options as they are attracted by their low notional dollar amount. They perceive them as “bargains” and a good way to gain the leverage of options. But the low cost doesn’t mean they are “cheap”. In fact, out-of-the-money options usually have a higher implied volatility than those closer to the money (near the underlying stock price) and are therefore “expensive” in relative terms.

Out of the money options also come with a much lower delta, meaning it will take a much larger price move in the underlying shares to cause an increase in the value of the option. The probability they will deliver a profit diminishes the further out-of-the-money you go. Remember, something like 80% of all options expire worthless.

Once in a while it’s OK to make a risky bet if its a calculated one, such as there might be a takeover or news event that will catapult a stock higher. But for your bread and butter trading it’s best to stick to strikes that are near-the-money.

2. Swinging for the Fences Ahead of Earnings

When people talk about trading options, the conversation usually turns to ultra-risky strategies. By far, the most common of these is buying call or put options ahead of an earnings number in the hopes of hitting a homerun. The upside in being right about such an unpredictable event is a big fat profit.

The downside when you’re wrong? It could be 100% in no time at all. As in, the underlying stock gaps against you, the options are left worthless.

There is nothing wrong with making the occasional speculative bet if you understand the risk involved. But I’d suggest you use spreads to minimize the impact of the post earnings premium crush (PEPC) that occurs following the event. Which brings us to #3.

Being wrong on a stock’s direction is clearly an easy way to lose money. But there’s a second, and perhaps even more frustrating way to lose money with options. Failing to understand the intricacies of option pricing.

One of the biggest mistakes new options traders make is not taking into account implied volatility, which is a measure of the expectation or probability of a given size move within a given time frame. Put simply, implied volatility provides a gauge as to whether an option is relatively cheap or expensive based on past price action in the underlying stock. It is among the most important components in option pricing.

Therefore, in order to consistently make money trading options, one must attain a basic understanding of implied volatility.

Traders also commonly fail to realize that options are a wasting asset. One very important component in the price of an option is the time until expiration. So as time goes on, the value of that option decays, having a negative impact on the overall value of the option itself.

If you buy calls or puts outright, and the underlying stock moves in your direction at a slow pace, the option may not gain in value.

However, a basic understanding of option pricing and a grasp of a variety of trading strategies will allow you to offset the impact of time decay – or even use it to your advantage.

Above, we referenced the risk in swinging for the fences with options. The less-sexy – but far more lucrative – reality is that the best options traders grind out steady profits using a wide variety of strategies, looking to consistently earn 2% to 4% a month, with an occasional kicker from speculative bets.

Two percent per month doesn’t sound like a lot, but compounded over a year, it adds up to 27%. That’s more than three times the average historical return for the S&P 500. Stretch that monthly gain from 2% to 4%, and the annualized profit is on the order of 60%

The important takeaway here is not the idea of making 60% in a year, but rather the power of consistently hitting high-probability singles rather than swinging for low-probability home runs every time we step up to the plate.