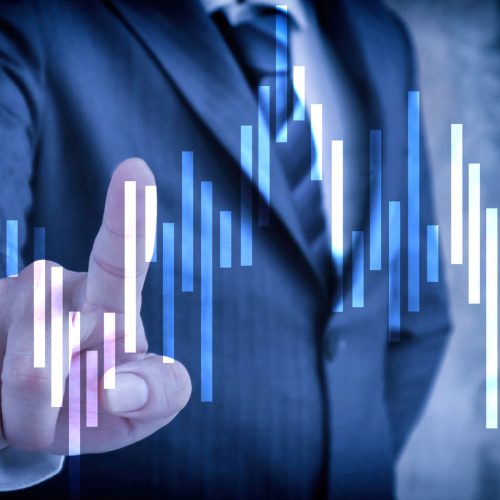 Recently, I’ve shared how the Options360 Trading Service has been employing iron condors to align with my neutral stance. I believe that the market has entered a choppy period.

Claim your $19 trial membership into the unique trading program that delivered its members 82% in profits in 2021 — The Options360!

With that in mind, I thought it would make sense today to cover iron condors. This strategy became very popular due to a limited-risk profile while maximizing the time value derived from selling options in both directions. Option Samurai scanner makes it easier to find relevant trades while applying this Strategy.

What is the Iron Condor strategy?

An iron condor profit profile consists of limited profit and limited risk (the potential risk is usually greater than the potential profit). If the stock remains in the middle of the profit range, the seller will be profitable. If the stock breaches one side, the trader will lose. There’s a great deal of adjusting trades that we can do in these cases. However, this is a topic for another article.

An iron condor is a neutral strategy that profits from a volatility decrease and the passage of time. Ideally, the stock will expire in the ‘profit zone’ to keep the maximum profit; staying in it before expiration can lead to daily profit, and you might consider taking the profits prior to said expiration.

There’s an edge in setting up an iron condor in a high IV environment where there’s a greater chance of a volatility decrease. Another good practice is selling the options on the other side of support and resistance level, allowing for more security in the position.

[$19 Sale] Learn How to Trade Options From a Professional Trader for Huge Gains (83% member profits in 2021) — Claim your Options360 Trading Service Trial!

The most common way to start using iron condors is by using a vanilla iron condor. It’s usually symmetrical on the calls and puts side. This leads to similar maximum risk on both sides. Usually, the break-even point is the same distance on both sides.

Since this position can lose only on one side, it provides more premium per day compared to a single spread. It also allows the trader to close the position early for a profit.

For example, I’ve mentioned how Options360 established an iron condor in Walmart (WMT) on May 26, consisting of the following:

The stock has stayed between the inside strikes of $120 and $129. However, yesterday I closed two-thirds of the position at $0.50 for a 50% return on the risk because I got a bit spooked after Target (TGT) issued another warning regarding bloated inventories. This caused both stocks to tumble.  As always, risk management takes precedence, and it seemed prudent to lock in profits as the position moves in our favor.

Options360 will now look to close the final third at the original target of $0.25 or a 75% return on risk.  I never hold iron condors to expiration as the risk/reward of trying to ride something to zero becomes asymmetric.

[Special Offer] To follow this & all my new trades in real-time, sign up for Options360 for just $19 for a one-month trial!