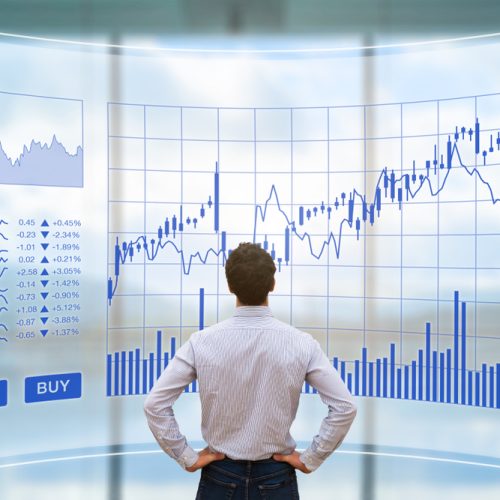 A quick note today as my internet is out following one of those notorious Florida thunderstorms. Even though I have a surge protector it…

blew out my router and now I’m using my phone as a hotspot which is spotty as best.

Before getting to the VIX a quick reminder that it’s not too late to join Earnings360.

During this first week we’ve executed 6 trades and have had 5 winners with just 1 loser. The profits we’ve booked are already more than two times the price of the service! And we still have 5 weeks remaining.

This morning Earnings360 established a new position in the CBOE Volatility Index (VIX) as a means of benefitting from an increase in volatility within the next two weeks.

The VIX has been holding pretty steady in the 24-25 level even as the S&P 500 market has enjoyed a 5.4% rally over the past week; in fact the VIX actually rose on Tuesday’s big rally. Some of this stickiness is simply the implied volatility is non-directional so theoretically if the market is moving either up or down around 2% per day, which it has been doing, that translates into around a 30 VIX. Meaning the VIX is fairly priced here.

The other reason it has been sticky is there were a lot of hedges put in place during June, some of that is now rolling off meaning there is less downside protection which makes the market more vulnerable to large moves especially to the downside.

With the big cap names of Amazon (AMZN), Apple (AAPL), Microsoft (MSFT) all reporting earnings next week and a crucial FOMC meeting on tap there are number of catalysts for a big move.

This morning I sent an Alert to Options360 members explaining the above and said:

“Let’s use a backspread (ratio) to have a relatively inexpensive chip down in case things fall apart.”

I can’t give you the specifics of the trade strategy because that wouldn’t be fair to current Options360 members but I can say we spent only $150, which represents the  maximum risk, while the profit potential is theoretically unlimited. A possible scenario would be if the VIX jumps back to the 35 level it hit just last month would translate into the position being worth around $1,300 or about a 650% gain.

To follow this trade and get into all the rest that have helped propel Options360 to a 15.3% gain so far this year.

Get a one month trial for just $19 right here.