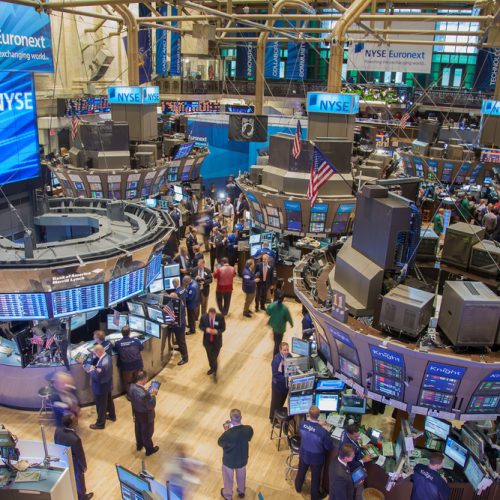 During the first few months of dating, my now ex-wife would ask why we were so drawn to each other. Sure, there was the physical attraction… a similar upbringing… some mutual friends… and most importantly, a general agreement over, shall I say, moral and intellectual issues.

However, when it came to personality and attitude, we were total opposites. She leaned toward rigidity, literalness, and high efficiency.

Me? Not so much. But we rationalized that we’d make a great match, not despite these differences, but because of them. More specifically, we’d balance each other out to form a perfect union.

Then, the children came, and my patronizing “just relax” and “you have your style and I have mine” became incompatible with her counter “you’re gonna kill the baby swaddling her like that!”

See if our styles are compatible, try a one-month trial of Options360 for just $19

But I’m getting ahead of myself. When we got engaged in 1999, I knew enough not to opine on certain investing topics. However, I did notice 85% of her assets were inherited Pfizer (PFE) shares. Thus, I explained that, if she loved dividends, she would love writing covered calls, which would boost the dividend income three-fold.

PFE proceeded to rally 350% over the next three years. My rolling of the call options barely made up for the foregone gains of just owning the stock. We lifted the overwrites in 2005.

My next brilliant macro idea was in 2006.

“Short the homebuilders,” I thought. I was right… but two years too early. Adjustments, and explanations, did nothing to lessen the pain, we stayed the course. We eventually made a bunch of money; unfortunately, it was a small consolation prize compared to the stress she endured.

We had our other issues, but she’d seen enough and finally said, “Steve, it’s time to GO!” We had hit an insurmountable impasse, and my bags were packed that night.

I know what you’re thinking, but this story has a happy ending, as well as some lessons learned. Thirteen years after our divorce, I’m happy to report that we have an amicable relationship, working in our own way to love and support our children, who are now thriving teenagers.

But there are three big lessons I learned from my divorce (although, I’m sure there are many, many more) that I’ve also successfully applied to my trading. Do yourself a favor and just learn them from me. No need to sacrifice your own marriage!

In other news, the Options360 service continues to grind out gains and is now up 19.1% for the year to date.

I credit that to my willingness to shift to a shorter time frame, taking both profits and losses in a matter of days — and mixing in some bearish positions as the market has staged a “bear” market rally.

But, the best news is my children are coming to visit me in Florida next week. Their mother will join them… and that is great too!