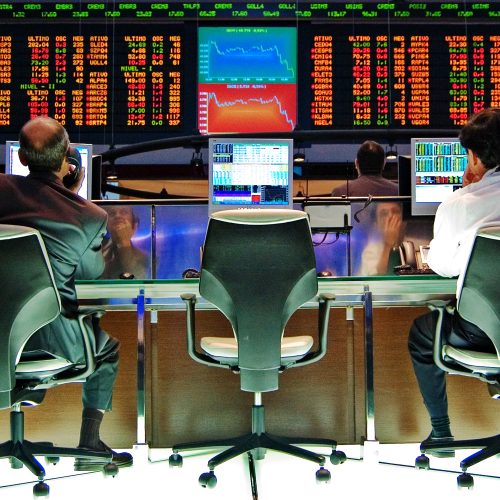 Last week, the media were tripping all over themselves trying to figure out how Bed Bath & Beyond (BBBY) stock surged over from below $5 to above $25, a 400% gain. It subsequently collapsed back below $10, creating a few multi millionaires but leaving most poorer for the endeavor.

I won’t recap the malfeasance or the lack of diligence that led to this pump and dump, but suffice to say, we had bad actors and people that took an old 13D report from March, FIVE MONTHS OLD– as breaking news.

We control our own destiny to the tune of averaging 74% annual returns over the past 7 years.

I want to focus on what is dubbed as Unusual Option Activity (UOA). There are plenty of talking heads on media and services pushing UOA as a viable and reliable trading strategy. It is not. I worked at one of the world’s largest aggregators of option flow analyzing – bid/ask, size – and found most of it you can’t act on. A hint, maybe. A home run… rarely.

Using option activity as an indicator for impending price moves is difficult, subjective, and unreliable. That being said, it can help confirm other indicators and increase the probability of a profitable trade.

Indeed, there have been many situations in which activity in the options pits accurately predicts or presages an impending price move. There are 2 basic approaches: as a contrary indicator, or as a predictive.

Learn to trade options with Options360!

Contrary readings are predicated on the belief that prevailing investor sentiment is often wrong. Buy and sell signals are usually generated when readings hit extreme levels – such as a spike in the put/call ratio or the Volatility Index (VIX) –  to flag a market bottom.

The predictive approach toward options activity says this information may actually reveal what the “smart money” is doing. Using options as a predictive indicator is more effective when applied to individual issues, rather than to broad indices or the market as a whole.

Here are some basic criteria for identifying meaningful activity and avoiding the chase for activity that ends up being useless noise.

One of the first obstacles to interpreting unusual option volume is that, for every buyer, there’s a seller. It’s therefore important to decipher who initiated the trade. This can usually be determined by looking at the time and sales data; if most of the volume was done at the offer price rather than the bid, it’s safe to assume the buyer initiated the trade.

Look for an increase in trading activity and an increase in open interest. More specifically, the volume should be at least 3 times the average daily volume, focused on near-term options and 1 or 2 strike prices. The volume should exceed the prior open interest, which indicates the activity is a new position rather than a liquidation. Also, be aware if there’s an impending known news event — such as earnings or a regulatory ruling — which could be causing the speculation.

Make sure the volume isn’t the result of a spread trade — the simultaneous purchase and sale of similar options that have different strike prices or expiration dates – done in conjunction with stock. A spread or buy-write are much more neutral trades than the outright purchase or sale of options. Checking times and sales of various strikes with similar volume will reveal if these trades are outright purchases or part of a spread.

Next, look at the size of the transactions; if the volume is being done in large blocks of 100 contracts or more, one can assume it’s an institutional buying rather than retail traders. The former tend to have better information than the latter. If it’s institutional buying, it tilts the trade toward being “smart money.” If it’s the latter — that is, a bunch of 10- and 20-contract trades — it may be nothing more than people following a newsletter recommendation. Then, as the volume hits the unusually active list, you’ll get more people jumping on the bandwagon and it feeds on itself. Those trades usually don’t work out.

There is also some software and services such as which get trade data directly from the exchanges that can provide a real time stream of option transactions including the number of contracts, price and if it’s spreads or tied to stock.  Such services can be fairly expensive running $3,000 to $5,000 a month.

The implied volatility, or value of the option, should increase even if the price stock doesn’t. This indicates that the buyer doesn’t mind paying the extra $0.10 or even $0.20, which on a $1 item, is a significant percentage premium to gain the leverage of options. Even though options have an unlimited supply, unlike stocks that have a limited number of shares, if demand is greater than the desire to sell then price will increase.

Look for spillover into other strike prices. Market makers typically take the other side of the trade – that is, they’d be selling calls to facilitate the transaction and then immediately hedging or offsetting their position through the underlying stock to remain delta neutral, and most of the option volume would be focused in a single strike. But if the market makers believe the buyer has good information instead of hedging in the stock, they might buy other options. This can create a position with a positive gamma, and you would see a spillover of activity into other strikes.

Technology has made the job of identifying unusual activity a lot easier, but its application much more difficult. Electronic trading allows parties to execute a fairly large option order quickly and, more importantly, anonymously – particularly if they’re privy to, or have a hunch about, an impending price move.

In the past, when orders needed to be worked in person on the trading floor, not only did it take longer to execute the transaction, but it also was transparent as to who was doing what.

Now, with intraday activity disseminated in real time, there’s not only basic software, but a multitude of sites and services that track trading volume and volatility. The result is the list of names with “unusual activity” that can run to 20 or 30 a day.

Clearly, the majority of these instances will prove to not be predictive or produce profitable trades. That’s why it’s important to try honing in on what is truly notable rather than something that’s simply unusual.