Home / Featured / Full Message / Are The Recession Indicators Piling Up? 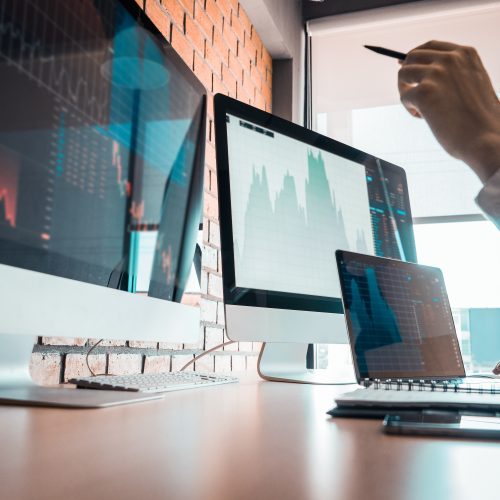 There has been a lot of talk of recession lately, and yes I’m aware of the definition. However, I think this may have just convinced me we are definitely in one…

Last night someone went into my car and removed the cupholder full of change and a pair of  reading glasses. The thief’s total haul was just under $20, but this  sure is a sign that we are in troubled times.

The last time I had something taken from me was during the Covid lockdowns when someone took my bikes off my front porch.

Get a one-month trial for just $19

Of course, I’m only kidding. This incident was certainly not an actual indicator of a recession, but it does validate that times are indeed a bit tougher. I mean, stealing change from the cup holder of a car? I can only hope it helped a little.

After a brief period of workers gaining leverage, we are very much back to inequality where capital gets paid and labor comes under pressure. As inflation gobbles up any wage gains on the lower end of the pay scale, the middle class is feeling the pinch.

For Options360 members, the ability to separate macro economic conditions from trading has paid off yet again. Which was the case on Tuesday when I sent out an alert stating the following:

We closed that position today for a 14% gain; I was too timid in the structure of the strategy, but a win is a win.

The current economy reminds me of the famous President Harry Truman quote,

That’s a bit of hyperbole, but it still may have some truth to it…

But if you dig below the headlines you see, since June, there has been a loss of 141k full-time jobs while the number of multiple jobholders has increased by 263k people.

People in need are doing double duty. And grabbing spare change from random cars while they’re at it.

So while the jobs numbers surprised some, they may not be telling the story of what’s really going on under the hood. Although, if growth slows down in the third quarter there will be no denying it. Full blown recession.

Another measure I’m watching is credit card debt, which surged by $46 billion last quarter, a +13% YoY, the biggest increase in 20 years. At the same time,new cards issued soared to 30 million. Not a great sign as interest rates are likely to keep rising as the main components of inflation, food, housing and energy are likely to remain sticky.

Moral of the story, times are getting tougher no matter how you slice it. Which is why now is the perfect time to increase your income by learning how to trade options. I teach my students how to make some extra cash with little to no experience required. Don’t take my word for it, join and see for yourself!

In the face of all these cross currents, Options360 has cut positions down to only a bearish butterfly on SPY. Let’s see how much longer the market can fight the Fed’s hawkish talk without another sell off.