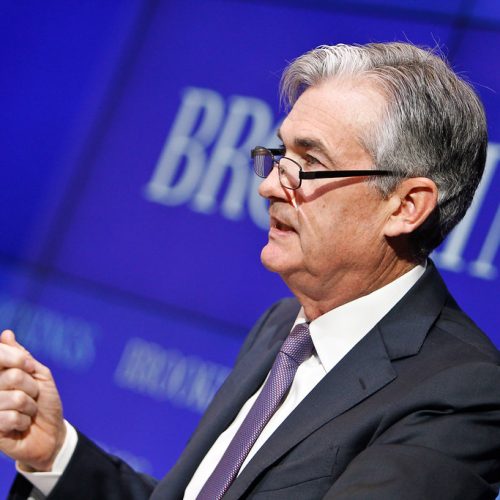 During his eight/minute speech this morning from Jackson Hole, Fed Chair Powell sent the market on wild ride. The Dow Jones initially plunged 350 points before quickly recovering to go briefly green. But his message that the Fed will stand firm in fighting inflation finally took hold, sending stocks to new lows. As of midday, the Dow is down 550 points and the S&P 500 and Nasdaq 100 are off over 2.0% each.

This is good news for Options360 as we had recently added some bearish exposure through the Nasdaq 1000 (QQQ) and short positions are Advanced Micro Devices (AMD), and Roku (ROKU).

Though these positions are not yet closed, we have risk management in place and continuation lower should boost our returns another couple of percentage points, putting us on pace for a 50% return in 2022. Slightly below the 78% average annual return over the past seven years, but nothing to sneeze at during a very challenging year.

In his speech, Powell seemed determined to quash any notion there was a coming pivot point in policy. He repeated how the Fed was prepared to ‘do whatever it takes’ to get inflation back to its 2.0% target, including several more 0.75% rate hikes. He hammered his point home by invoking the hollowed name of Paul Volker, who as Fed Chairman, tamed the flaming inflation of the late 1970’s by pulling no stops. He hiked rates by a full point several times including inter-meeting moves.

Unlike today when Fed members speak on a daily basis, back then the Fed barely made public statements. Volker had no qualms delivering surprise hikes during open market hours. Volker eventually took rates to a whopping 20% by 1981, which ultimately led to a deep recession.

I don’t think anyone believes Powell will be that aggressive, nor does he need to be, but he wanted to make clear the Fed has the power to take drastic action if deemed necessary, even stating this might inflict “some pain” on the economy.

I’m not sure why market participants were forming a consensus that the Fed would not only pause, but possibly start cutting rates even as early as 2023. Possibly people still have the memory of Greenspan and Bernanke with the former being too benign as the housing bubble built up, and the latter maintaining 0% rates well after the crisis had passed. Or even when in 2018, Powell himself set about ‘normalizing rates’ only to ‘pivot’ and went back to cutting rates after the market went through its third ‘taper tantrum’ in 5 years. It became apparent the Fed was finding it hard to extricate itself from providing a Fed put, that is place a floor under stocks, as long as it continued to signal that stock prices were part of the calculus for its policy.

Today, Powell made clear he decoupled interest rate policy from stock prices. He seems adamant to getting back to his original intention of letting the post financial crisis Zero Interest Policy (ZIRP) become a thing of that past. Even if that means going further into the past of the days of Volker when stocks are damned in the interest of the greater good.

Options360 will start to press more bearish positions as lessons of history sink into equity holders.