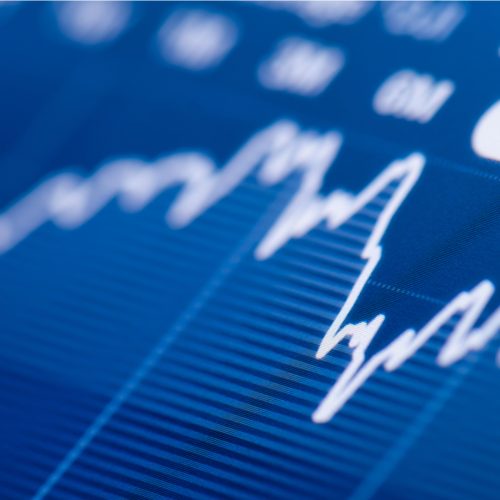 There is still a debate as to whether the current run-up in stocks is a “bear market rally” or the beginning of a new bull run.

My stance is: I tend to stay away from the business of predicting. I respond to price action and what the market gives me. Having bias one way or another can very easily get you into trouble.

We adapt to market conditions and apply a variety of strategies to profit in any environment.

The fact is the major indices have now rallied some 16% from the June lows. To put that in perspective, since 1950, there have been 48 bear market rallies. Of those, six have exceeded 13% and only four have exceeded the current rally (16%).

If this does, in fact, turn out to be a bear market rally, it will be one of the largest ever.  That June low is getting further away in both time and price. If the market were to roll over and take out that low within the next 6-12 months, it would qualify as the worst failure on record.

One of the items bears are holding onto is that the recent rally has been fueled by squeezing shorts, especially in the most beaten down names. 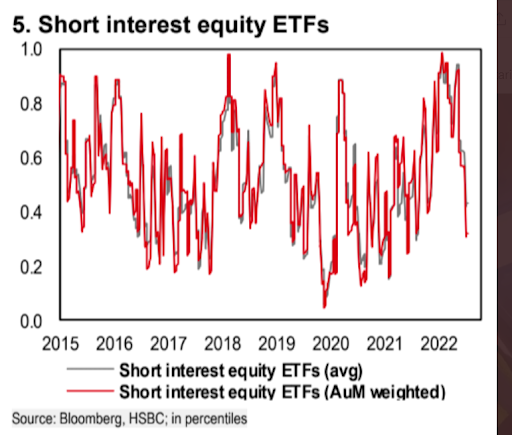 And the resurgence of some meme names suggests we are just setting up for another bruising. While this could be true, I counter with;

What is most surprising to me is how this rally has gained steam even in the face of the Federal Reserve maintaining they are hell bent on rising rates until further notice.

If we look at the Goldman Sachs Financial Conditions Index we see it has eased over the past month at the fastest in a decade, and is back towards levels in when fiscal and monetary measures were much more dovish.

Interest rates have moved lower, corporate spreads have narrowed (and there has been a surge in junk rated issuance), the stock market is up, and the dollar is at a 40-year high. 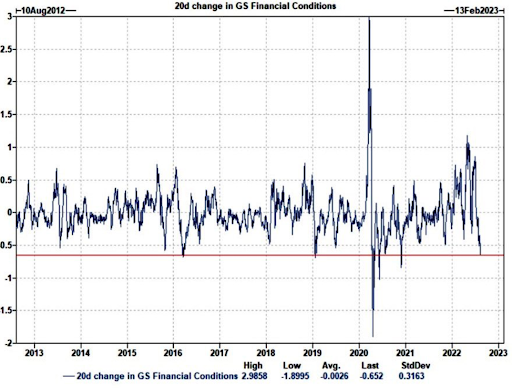 The fact commodity prices, particularly oil, have dropped some 25%-35% over the past two months bolsters the case we’ve seen peak inflation, and pivot is warranted. However, this is not the outcome the Fed hoped for with their aggressive rate hikes and hawkish talk.

Once again, we see the market is fighting the Fed by fully pricing in a dovish pivot by the end of the year. So far stocks are winning…

See how we are playing the market using the link below. It’s never the wrong time to learn this high-income skill.