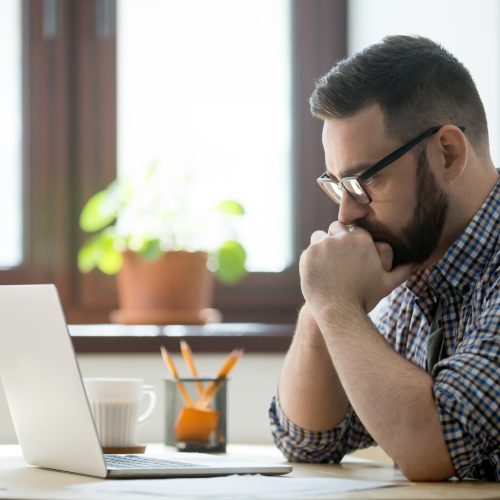 In this market, nothing comes easy, which is O.K. as our community takes a “grind it out” approach with an emphasis on risk management. Still, I got pushed back on my heels a bit in a couple positions, namely a SPY iron condor, forcing me to make some adjustments and ultimately accept a 15% or $110 loss.

Our portfolio is now down to just three positions, the latest being bull play in Plug Power (PLUG) we established today.

To see the Options360 process at work, which has produced an average of 54% annual returns over the past seven years, watch this FREE presentation

There are still multiple macro forces engaged in a tug of war causing investors to oscillate between being bullish and bearish.

The biggest battle is between the continuing signs that inflation is abating vs. a Fed which is remaining adamantly hawkish.

There is also an ongoing debate as to whether the U.S. is, or will be, in a recession. I know there are various thoughts on what the exact definition of a recession is, but from my standpoint as long as the job market remains strong it’s not a recession. Though, as discussed yesterday, Powell seems hellbent on increasing unemployment to combat inflation. Again, I think that course of action is patently absurd.

That said, a warning from FedEx (FDX) last night in which the CEO said he sees a massive slowdown across all segments and thinks we are on the verge of global recession. As a company that touches almost every sector and has a direct view of business activity these comments should give one pause.

The best resolution would be that we have a recession in corporate earnings, while we avoid a consumer-based recession. However, that is the elusive ‘soft landing’ which I don’t trust the Fed to be able to pull off.

A last item to take note of is that while institutions had loaded up on put protection during August and early September, most of those hedges, estimated to be $2.1 trillion in notional value, will roll off on today’s option expiration.

The reason for letting those puts expire without placing new hedges is the institutions have been selling stocks to aggressively reduce risk over the past two weeks. But they still have plenty of exposure, and without a safety net of put protection underneath current levels, the market is vulnerable to a tail risk event. This could lead to a situation in which selling begets selling.

I’m starting to shift back to the belief stocks will need to revisit the June low before we can mount any sustainable rally.

Time for me to get back to the screens and make sure my positions are squared away ahead of the weekend. I hope you enjoy yours!