Home / Featured / Full Message / Why There Is A ‘Dollar Dilemma’ 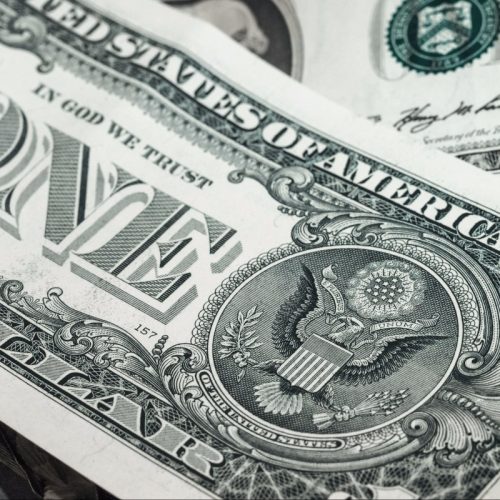 On Wednesday, I wrote…

“My worry is the surging dollar. A strong dollar is somewhat helpful for U.S. consumers… but mostly bad for everyone else. It hurts the profits of multinational corporations. For other countries that have seen their currencies drop some 20%-30% vs. the dollar, it means they are importing inflation. We may need coordinated efforts among other central banks to stem the dollar’s rise or we’ll be heading toward another global financial crisis.”

By Wednesday night, the Italian, Swedish, and English central banks all hiked rates by at least 50 basis points and the Bank of Japan conducted its first intervention in 24 years to try to prop up the yen.

None of it is working. In the U.S., the dollar (USD) is still climbing and has hit a 35-year high just this morning. This strength that comes at a time of global recession has been bad news for companies that do a lot of their business overseas, causing their stock prices to suffer.

It’s been pretty simple really; when the USD is doing well, stocks struggle. 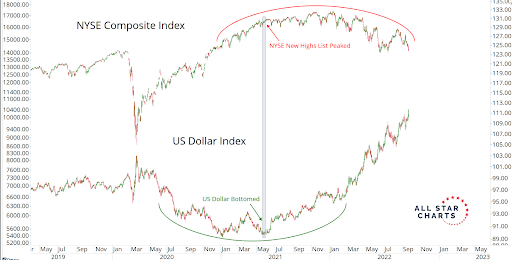 The speed and magnitude of the move in currencies, which are moving to levels not seen for decades is starting to spook the market as stocks are sinking to their 52-week lows.

And it’s not just stocks, bonds continue to fall (rates rising) and commodities across the board are selling off. For example, copper is down over 4% today and down some 35% over the past two months. Some of the selling is a function of expectations for a significant economic slowdown or possibly even a global recession. But, what to make of the fact Gold, which is supposed to be a safe haven from inflation, is also hitting yearly lows.

Bonds certainly have not provided much shelter or protection; a traditional, plain vanilla 60%/40% stock to bond portfolio is having its worst performance in over 50 years.

If all this sounds like doom and gloom, no need to worry. Join Options360 and learn how to use options to earn extra income, even in a bear market

There is a weird dynamic at work; right now the only safe haven is the USD, but the stronger it gets the more damage it does to most other assets.

Over the past decade, countries had been buying billions of US Treasuries as a means of accumulating dollars. Back then, they didn’t mind if their own currencies were weak as most are net exporters, and there was near-zero inflation.

Now, with inflation soaring and being forced to import more goods, those countries are starting to sell USD-based assets to repatriate that money in an attempt to prop up their own currencies. Again, this could lead to a feedback loop, or what George Soros referred to as ‘reflexivity.’ The selling of treasuries leads to higher yields, making the USD more attractive, strengthening the dollar, which in turn, crashes other assets’ values.

As I mentioned, with Powell showing signs of slowing rate hikes, it may fall to other other members of the G7 to have some sort of coordinated plan to break this dangerous circle. It’s a difficult thing to pull off, in my opinion.

My plan for Options360 is a lot easier; book profits when available…

For example, today we closed half of our bearish ROKU position for a 42% return over the 37 day holding period.

And as I mentioned yesterday, we’ve also reduced our holdings to just 3 positions and I am forcing myself to be even more disciplined going forward. Opportunities will present themselves and when they do… we want to be able to take advantage of them.