Home / Featured / Full Message / Why SPY May Be Bracing For A Big Move, And So Are We 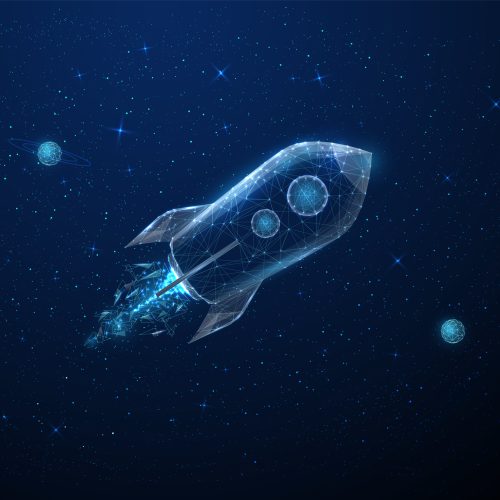 SPY has been in a very tight range over the past three sessions, but pulled back this morning as heads of the Fed keep pushing a hawkish narrative, despite signs that inflation is ebbing and the economy is slowing down.

We’ve seen this pattern before; a sharp recovery rally, followed by consolidation which appears to set up for a new leg higher only to break down again.

Often the breaks, or ‘unclenching’ of the range, coincide with a monthly option expiration cycle, which of course, is this week.

Options360 issued an alert to members this morning, establishing both bullish and bearish positions in SPY, as I expect a strong directional move in the coming week.

The approach we’re employing is to use a combination of both put and call calendar spreads.

It’s a strategy I originally labeled the “triple play”, as it takes advantage of the fact that SPY (and QQQ) have options that expire on Monday, Wednesday, and Friday, allowing us to execute three rolls per week to reduce our cost basis.

But I may need to rename the strategy since SPY and QQQ now offer options expirations each day of the week, meaning we can get four or even five rolls per week; let’s call it the “foreplay” approach.

I am certainly not alone in taking advantage of what has become known as “zero day ’til expiration”, or 0DTE options in these index products.

In what is a fairly shocking shift, the notional volume of options traded in SPY options with less than 24 hours to maturity now represent 44% of the index’s trading volume. 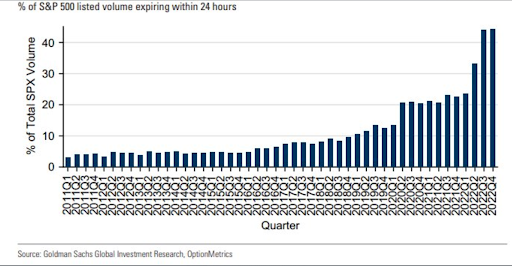 However, I think most people, even institutions and hedge funds, are using these 0DTE as a means for scalping day trades or even lotto tickets, but Options360 uses them as means to collect premium to reduce cost basis while giving us the potential for significant profits.

While I can’t give the specifics of the most recent trades, I can say my expectation is that by Tuesday we will have executed three rolls, which should reduce the risk of each spread by some 75% of the original cost basis.

At that point, I will just hold the long put and call outright, or what is referred to as a straddle, and will then be well positioned to profit on a strong directional move within the following week.

With the recent market volatility this “foreplay” strategy has been providing steady returns with the occasional BIG winner. We are bracing for a move, perhaps a big one. Let’s see how it plays out… stay tuned

Looking Forward To Trading With You,