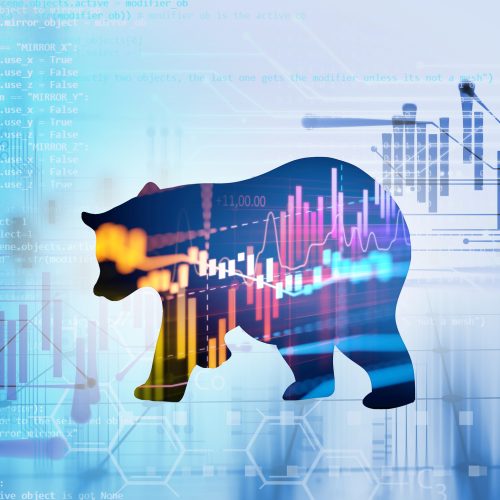 Yesterday, I discussed how we are in something like that of a “Bizarro World”, in which bad news was treated as good news and vice versa. This was backed by the notion that weak economic data, such as a drop in the Purchasing Managers Index (PMI), would be a sign the Fed could stop raising interest rates, which would be bullish for the market.

But it seems we may be transitioning as the main concern facing the economy is shifting from inflation to recession.

I think much of the weakness in the stock market can be attributed to prognostications coming from the heads of major financial institutions over the past few months. While attending various conferences the CEO’s of Goldman Sachs (GS), JP Morgan (JPM) and Bank America (BAC) gave bleak outlooks for the economy with all concluding that the chance of a recession in 2023 is highly likely.

They cited everything from cautionary actions from clients who focused on cutting costs as they see a slackening of demand. This has been accompanied by a slowdown in consumer spending accompanied by an increase in credit card debt, suggesting the cash infusion from fiscal stimulus have mostly been drawn down. Add a frozen real estate market and increased in layoffs, especially among the high growth tech companies, which have long been overstaffed.

These leaders are also of the belief that inflation has peaked as supply chains are normalizing and input costs across the commodity spectrum are mostly back to pre-pandemic levels.

These are cross currents which are causing knee-jerk reactions to every data point or comments from the Fed.

I’m hopeful that after next week’s FOMC meeting we will get a 50 basis point hike and Powell will make clear they will then go on pause for the first six months of 2023 to let both inflation react to the prior rate hikes as they begin to take effect. Then, maybe we can stop being held hostage by the Fed and trying to trade off of “will it be 75 bps or 25 bps… or perhaps they will pivot.”

But, until that happens, this market’s price action is not really based on the fundamentals and utilizing levels on charts of individual stocks does not quite give you an accurate picture. This is a macro driven market making it difficult to trust specific set ups.

The irony of being hostage by the Fed is the central bank was formed to promote economic stability and limit breakouts in inflation.

Now, they are the source of volatility and partly to blame for record high inflation.

Free us from the Fed. Let the free markets reign.