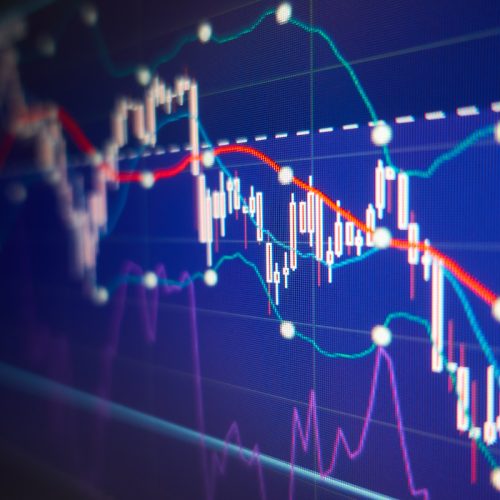 Over the past few weeks, people have pointed out that the put/call ratio has surged to some of the highest readings several days in a row, even though the underlying market only rose modestly or on two occasions even rose.

Tweets like these keep popping up on my timeline… 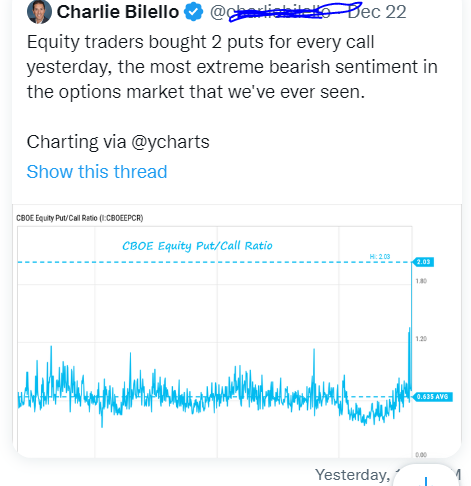 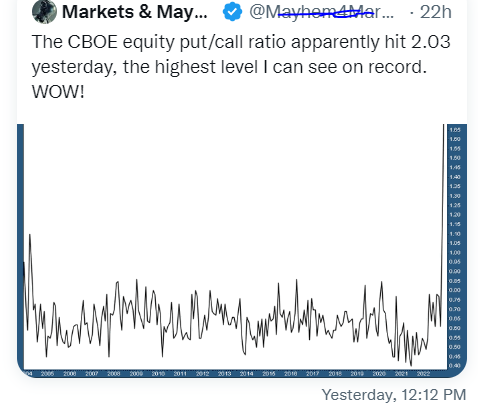 The average reading is around 0.7, meaning 10 calls trade for every 7 puts. This is due to under normal, or calm, market conditions where investors will typically employ covered call or overwriting strategies against the stocks they own.

Typically, more puts get traded during sharp declines as people scramble for put protection. The steeper the decline, the greater desire for puts. A reading above 2.0, as shown in the tweets above would be associated with a near panic that might accompany a stock market drop of 4% or more in a day. This is why an extremely high put/call reading will sometimes be considered a contrary indicator.

We’ve had some sharp down days, but none larger than 3.2% and we certainly have not seen any price action that can be considered a panic.

So, what’s actually going on?

A deep in-the-money put, which has a delta of 1.00, has no time value remaining and is priced at its floor value. Upon exercise, the put option holder gets to short the stock and their account receives a cash credit. Each day the put option holder defers exercising the deep ITM put, he forgoes the interest income that can be earned on the cash proceeds.

Be aware, this strategy only makes sense for institutions that can do large sizes with near zero transaction costs. They are simply trying to pick up a fractional return on an overnight trade.

Here is a snapshot of the top traded options contracts on Wednesday of this week. Notice they are in the largest, most liquid names and all the strikes are deep in-the-money. 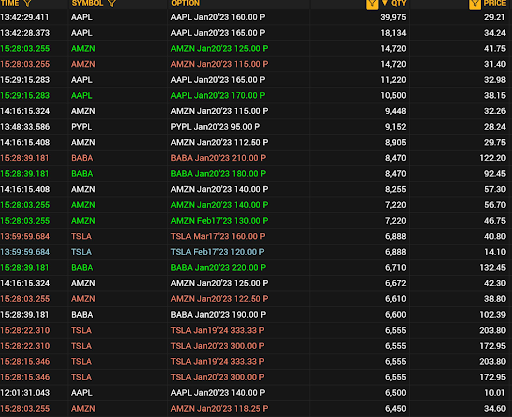 The clue that it is the above put arbitration activity driving the high put/call readings indicates that nearly none of this daily option volume translates into new open interest. No new open interest because they are all being exercised early. Indeed, if one calculated put/call based on open interest it currently just 1.1, slightly bearish, but far from bar the door scared.

Another signal that the high put/call readings are not a sign of bearish positioning is the index put/call reading on the S&P 500 Index futures have been running a more normal 0.75 over the past few days.

It’s not a stretch that arbitration activity has picked up pace as interest rates have increased. When rates were zero, the cash in your account earned nothing. Now, even if it’s just for one night, it can be a risk-free return.

So, when you see some eye popping put/call reading, or any other piece of market data, make sure you look behind the headline number before drawing any conclusions.

Theres much more to learn about this and countless other strategies I used to be a profitable trader. However, there are too many to go into detail on them all here. That’s why I urge you to join me and the rest of my Options360 students as we learn to add this, as well as other, trading tools to your toolbox. Moving you ever closer to living the trader’s lifestyle.

2023 is just around the corner! Become an Options360 student today and start your journey toward financial independence!