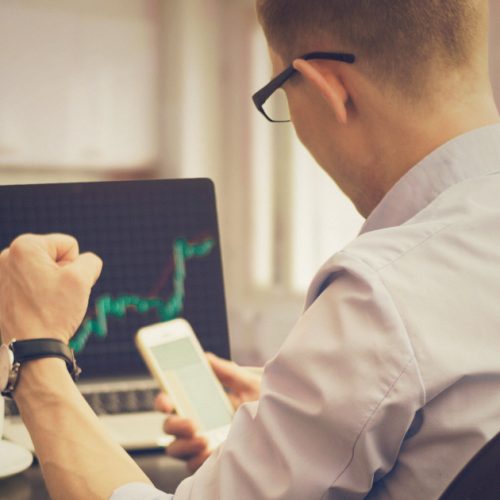 Traders are always waiting for something; a piece of economic data, an earnings report, an FDA decision, an election, or as is the case this week, the upcoming Federal Open Market Committee meeting in which Chairman Powell will reveal the Fed’s decision on interest rates scheduled for next Wednesday.

There are a couple of dangers in playing the waiting game. The first is obviously becoming paralyzed into a perpetual state of inaction. This results in a failure to capitalize on what the market puts in front of you, while waiting for what will be after the next ‘thing’ that would supposedly provide clarity. It’s a hard to measure opportunity cost rather than a calculable loss, however, it’s real nonetheless.

The other side is being too active or trying to anticipate the next big move only to get whipsawed.

To avoid either of these scenarios, Options360 is taking a balanced approach of both bullish and bearish positions across various timelines.

In the short-term, I’ve been working a bearish SPY position, employing what I’ve referred to as “the Triple Play” strategy to take advantage of SPY offering expirations everyday known as Zero Days To Expiration or 0DTE. So far, we’ve taken four rolls and have reduced our cost basis from an initial debit of $2.00 down to $0.50 as of today. The plan is for one more roll, which should bring the risk down to just $25 per contract. Then, the plan is to just ride long puts, which would benefit from a sell-off heading into next week.

As I wrote last week in setting up the trade, I was tracking a somewhat contrarian view as it seemed a lot of people are trying to get out in front of the seasonally strong holiday period, which leads me to believe it is getting to be a crowded trade. Also, the recent rally of some 8% over the past month and 15% from the October low only to stall right at the 200 SMA average gives me puase.

Here’s a reminder of the chart at the time.

As you can see this is very similar to the action from the June lows which proved to be a bear market rally before leading to a fresh leg lower.

Outside of this SPY trade, which I’m actively managing, Options360 has a handful of positions including a bearish (credit) call spread in McDonalds (MCD), based on this potential head and shoulders chart formation. I used the relatively short-term 12/16 expiration to benefit from accelerated time decay.

I share this MCD trade as an example of how I’m not getting overly opinionated and how I’m currently relying mostly on technicals and chart setups to trade the market in front of me.

In this way, I’m staying involved in the market, but avoiding getting whipsawed by each data release or comments from the Fed.

To learn more about all the myriad of options strategies and trades we employ, be sure to join us today! You’ll thank yourself tomorrow…