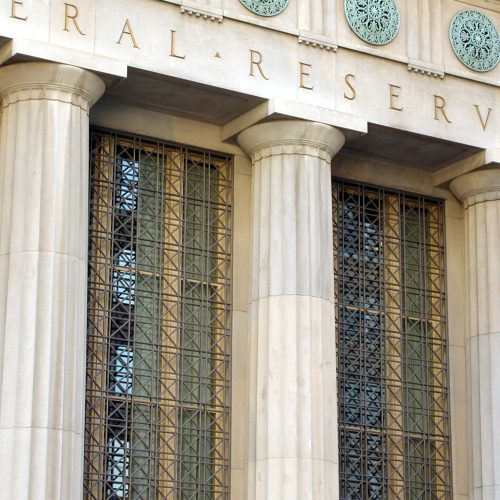 With the simple statement,“It might make sense to moderate the pace of rate hikes” Fed Chairman Jerome Powell sparked a rally in stocks yesterday, which pushed the S&P 500 ETF (SPY) and Nasdaq 100 ETF (QQQ) up 3.1% and 3.8% respectively; their second largest rally in over 6 months.

The rally meant Options360 had to adjust a bit in the portfolio’s SPY position described here, and executed a roll yesterday and another adjustment today. Thereby reducing the positions cost basis by 55%, while we still have the potential for 3 more rolls before next Friday’s expiration.

Could Powell’s speech be a sign that the long awaited, often predicted ‘pivot’ is coming sooner than the Fed had previously stated?

Since the path has always been a couple of 75 basis points hike, then a moderation to 50 basis points in December, it is a welcomed sign the Committee would go back to being data dependent and observe the impact of the prior hikes.

Remember, there is 6-8 month lag time before the full impact of the rate hikes, which began last June, take effect.

I think the market’s positive reaction to Powell’s speech is one of tone rather than substance. The reality is nothing beyond the moderation phrase has changed regarding the Fed’s policy since Powell’s tough talk at Jackson Hole last August. Where Powell, and other Fed Governors, had been maintaining an uncompromising position that rates will continue to rise until inflation is back to 2%, yesterday’s speech hinted at some flexibility.

Or did it? Here are some of the often conflicting statements I heard during Powell’s speech:

In other words, he seems to have no clue what’s happening and appears more ready to “flip flop’ rather than a clean ‘pivot.’

Part of Powell’s confusion is understandable; the distortions created by the pandemic and the unprecedented monetary and fiscal policy has created economic conditions never seen before.

But, from my perspective, I think Powell is going to get very lucky, and may indeed achieve a soft landing.

The Fed’s primary goal is to tamp down inflation. However, the one blunt tool the Fed has, interest rates, is ineffective in addressing supply chain bottlenecks or commodity prices. Delivery times and shipping costs are nearly back to pre-pandemic levels, while commodity prices across the board, like copper, lumber, oil, and chicken are all down significantly from the late 2021 peaks.

Most of the recent job losses are focused in high tech companies, both big and small, and are the result of overstaffing during the pandemic. Right sizing their headcount will ultimately lead to more competitive and profitable businesses.

It will be a tricky path, but I’m actually starting to believe the market can continue to wring the excesses and stock valuations without trashing the ‘real’ economy.

As for our adjustments, we will continue to be agile in how we trade this market. However, one thing is for certain, the rally brought about by the Fed yesterday will provide us with plenty of opportunities to trade A+ setups. But, there’s only one way you can get in on those…

Join Options360 today and make next year your best year yet!