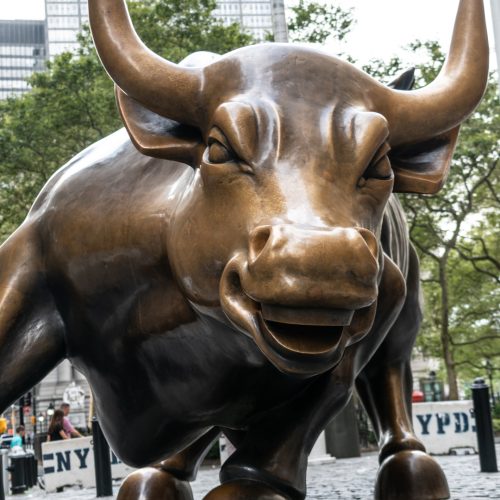 Stocks started the year with a nice run, gaining some 7.5% during the first two weeks before petering out over the past few days.

The rally gave bulls some hope that 2023 would be a fresh start and leave the troubles of 2022 behind. But the reality is, the song remains the same; the macro picture of inflation, a slowing global economy, a war in central Europe, and whether the Fed and other Central bankers will keep hiking rates.

For now, The S&P 500 Index is still bound by a range defined by support around $380 and the descending trendline, which basically matches the 200 day moving average, currently around the $405 level.

From a purely technical read, the chart suggests we are still in a downtrend and the initial burst higher out of the gate was simply another bear market rally.

But, if we look under the hood, we find some promising signs, or what some people are referring to as ‘green shoots’ suggesting we are building a more sustainable base. First off, there has been a significant improvement in market breadth as the 10-day NYSE advancers to decliners was >2.1 as of last Friday. It is rare to see this much market breadth and it is usually a bullish signal.

There have only been 16 other instances, and in each case the S&P 500 was higher size months later with 16% average gain.

We also have been seeing a turn in the new lows versus new highs; last week was the first time since August, and only the third in the past year, in which new highs outpaced new lows. This typically bodes well. 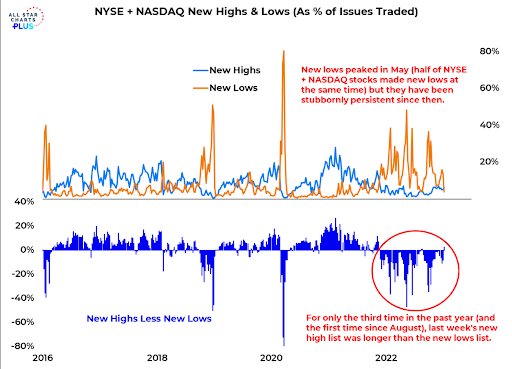 Another potentially positive sign, though a bit of a contrarian indicator, is that investors are finally starting to wave the white flag as far as “buying the dip”. A recent report from Bank of America shows allocation to U.S. equities has collapsed to the lowest levels since the financial crisis. 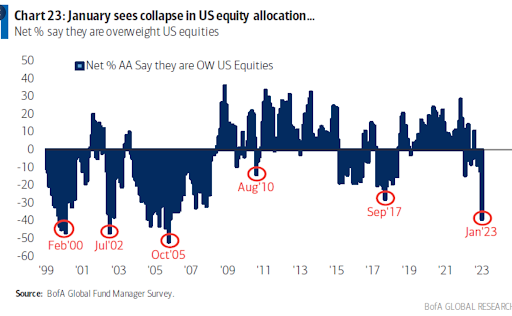 Granted, this reduction in exposure to U.S. stocks is not the type of capitulation one looks for to mark a bear market low and it does not necessarily mean people are roaring bears. Some of the drawdown is simply a re-allocating from U.S equities into areas such as bonds and emerging markets which might offer solid (and risk free) yield with potentially more upside respectively.

Still, it suggests there is some dry powder building that can be deployed once there is more clarity on the earnings and interest rates front. On the former, earnings so far are not worse than feared, and more importantly the reactions have been relatively positive. We’ll hear from the Fed and Powell regarding the next interest rate decision on February 1st.

Until then, I’m taking these green shoots as a constructive sign that stocks might have some additional upside over the next two weeks.