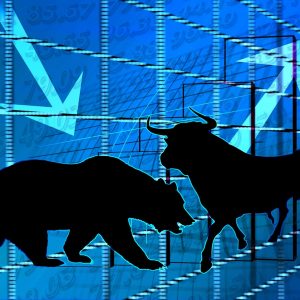 On Thursday, the “Nasdaq (QQQ)” dropped over 4%, the largest one-day decline following a new high ever.  And the losses are being extended today with the QQQ down another 4% at midday. Is this the end of the record-breaking rally we’ve witnessed since the March low? Or, just a healthy pullback taking some of the froth off the market. From a technical standpoint, the long-term uptrend remains intact as the QQQ, and even the “SPDR 500 (SPY),” remain above support levels. As you can see, the QQQ has dropped to the 50-day moving average, which coincides with the basic trendline.

Learn more about our SPECIAL one-month $19 trial offer to the Options360 Service! 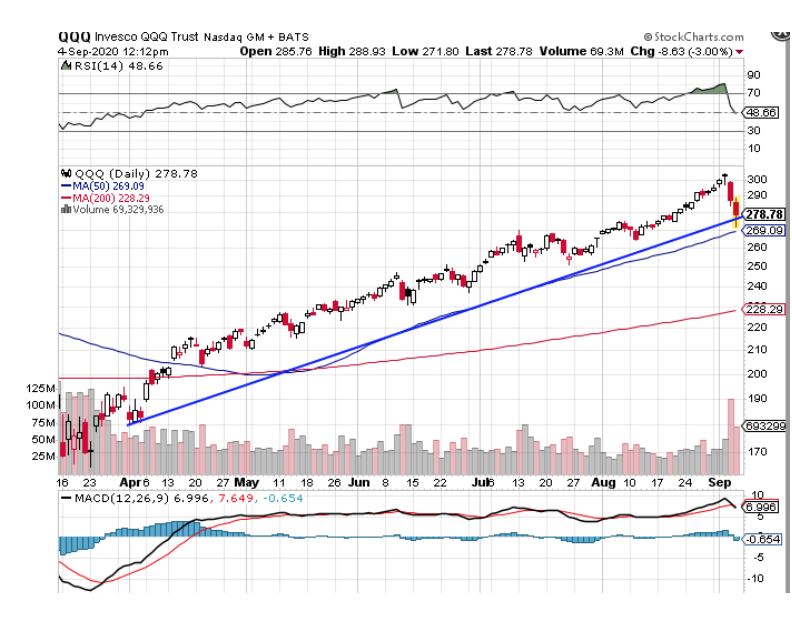 Over the past two weeks, I’ve been fairly actively reducing bullish exposure in the Options360 portfolio to the point where last week I was preparing for a major sell-off.  To be clear and provide some context on the big five  FAANG gang is down 12.5% since Tuesday (remarkable). BUT, is still more than 100% up from its March low, and still only back to where it was on August 20, which shows there was plenty of room for some profit-taking. Among the indicators that turned me cautious was the incredible skew in option pricing where call options, providing upside potential, had become nearly twice as expensive as put options, which give downside protection. This is a complete flip of the normal skew, indicating too many people were gunning for a continued melt-up.

Start Trading Options Like a Pro — Claim your SPECIAL one-month $19 trial offer to the Options360 Service!

Initially, the media was citing how the new cohort of millennials with Robinhood accounts were discovering options and driving up prices in names like “Tesla (TSLA)” using the leverage of options. I was always skeptical that individual accounts could cause multi-billion dollar changes in a company’s value. Now, we have news stories breaking from multiple media platforms such as the Financial Times and CNBC that Softbank, the giant Japan-based venture firm which made its name with huge gains in “Alibaba (BABA).” But, it recently had big busts in investments such as WeWork (WE), has been snapping up options in tech stocks during the past month in huge amounts, contributing to the largest trading volumes in contracts linked to individual companies in at least 10 years,

According to the article:  “Unusually, single-stock call trading volumes have surged beyond the average daily volumes of calls on the broader US stock market, and are almost as high as the level of trading in index puts — which give the buyer the right to sell at a pre-set price and act as a popular form of insurance against stocks falling.  The size and aggressiveness of the mysterious call buyer, coupled with the summer trading lull, has been a major factor in not only the buoyant performance of many big tech names but the broader US stock market, according to Mr. McElligott. This week he warned that dynamics around options meant the heavy purchases forced banks on the other side of the trades to hedge themselves by buying stocks, in a “classic ‘tail wags the dog’ feedback loop”.

Now, that all seems to be unwinding. But this creates an opportunity. With the steep decline, shares have approached support levels and implied volatility has popped setting up attractive trades using a bull put spread. One position I established today was in “Advanced Micro Devices (AMD)” a bull put spread in which I sent an Alert instructing Options360 members to:

To see how this plays out, and to get access to more trades, be sure to claim your one-month trial for just $19.