One of the biggest trends of the 2020s decade will likely be an unfortunate one: climate change. Indeed, this topic tops the agenda at this week’s annual World Economic Forum in Switzerland, commonly called Davos, after the Alpine ski resort town in which the gathering of world leaders is held.

Evidence that the earth is warming is “unequivocal,” according to scientists around the world. Increasing average global temperatures and the rising frequency and severity of droughts in some areas, however, aren’t the only manifestations of climate change.

In 2018, while California was in the last official full year of its epic seven-year drought, dozens of cities across the East and Midwest set records for the wettest year on record, with most records dating back to the late 1800s. And last fall’s unprecedented widespread and days-long power shutoffs in Northern California can largely be attributed to climate change, as we’ll discuss further in a moment.

NASA weighs in as follows on the debate as to whether the climate change we’re experiencing is mainly a cyclical phenomenon or largely due to human activities:

The current warming trend is of particular significance because most of it is extremely likely (greater than 95 percent probability) to be the result of human activity since the mid-20th century and proceeding at a rate that is unprecedented over decades to millennia.

Even if the world acts relatively rapidly, it will likely take decades to halt or significantly slow down climate change. Moreover, our climate has already changed, and some of those changes are probably irreversible. Three stocks that should get a long-term tailwind from the changing climate are water utility giant American Water Works (NYSE:AWK), a leading wholesaler of swimming pool supplies Pool Corp. (NASDAQ:POOL), and backup power generator maker Generac Holdings (NYSE:GNRC). 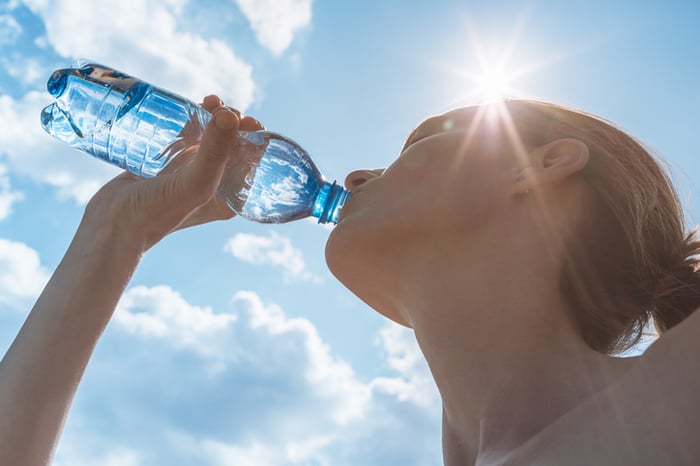 When the mercury rises, so too does our thirst. After all, on average, the body of an adult human is about 55% to 60% water. Because it’s seemingly plentiful and quite cheap, it can be easy for many of us in developed countries to forget how precious that freshwater is that’s quenching our thirst and, indeed, keeping us alive. But cheap it’s not going to remain, as Economics 101 tells us that as demand for any product increases and/or supply decreases — both of which are likely to occur with fresh water as the earth continues to heat up — the price of that product rises.

Increasing prices are a plus for water utilities, such as American Water, the largest publicly traded water and wastewater utility in the U.S. Climate change, however, isn’t the company’s only catalyst for growth. The fragmented U.S. water utility industry is consolidating. U.S. states have increasingly been enacting legislation that makes it a better valuation proposition for municipalities to sell their water and wastewater systems to for-profit companies, such as American Water. The company’s industry-leading size and widest geographic footprint give it an advantage in acquisitions. 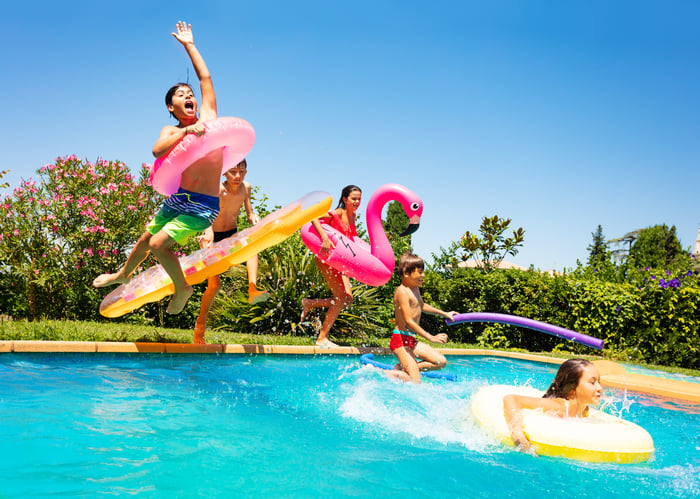 We’re continuing our water theme — but now we’re frolicking in the stuff rather than drinking it. While the scene above might not look so inviting for those of you who are in the grips of a cold winter, give it another five or six months, when the dog days of summer are here. If climate change continues to make those dog days, umm, doggier — or hotter — it seems likely that demand for swimming pools will increase.

“Nesting” at home has been a trend for some time — witness the rise of Netflix and the struggles of movie theaters. It makes sense that this trend will… Continue reading at The Motley Fool