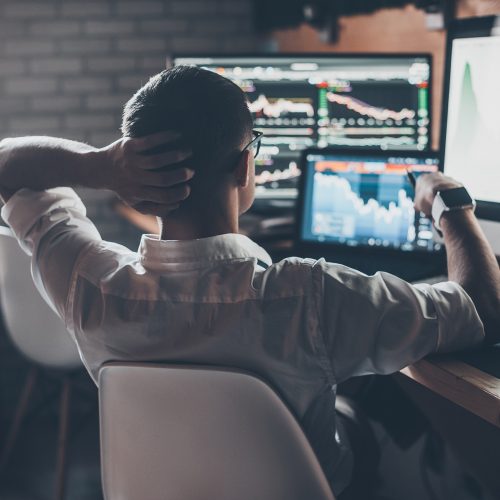 In mid-July, I penned several articles articulating the reason I turned cautious on the market, establishing a bearish position in the Invesco Nasdaq 100 Powershares (QQQ).  I subsequently wound down most of our other long positions — taking a wait-and-see attitude.

However, I’m treading carefully as the market remains in a state of flux.

In my Options360 Concierge Trading Service; now up 31% YTD, moving mostly to cash while maintaining some downside exposure proved to be prudent.  The QQQ position, which resulted in a 47% gain, was extended another two weeks, taking an initial roll when the market dipped this morning — cutting the new cost basis in half to about $1.10 per contract for the 361 put calendar spread.

I’m glad I became cautious via establishing some positions with a bearish bias and keeping plenty of dry powder.  But, there’s a time limit on how long you can remain on the sidelines waiting for the pitch. Without it, you’re simply not playing the game. It’s our job to trade.  The market and individual stocks are moving and I need to identify good opportunities.

I started inching into some new positions including a bull put spread in Teledoc (TDOC), a name I mentioned in Friday’s article .  As I type this, the position closed for a quick 55% return for the one-day holding period. Nice.  Today, Options360 Concierge Trading Service added a new bullish diagonal in Micron (MU). So far so good.

Let me go on a bit of a tangential analogy to provide an anecdote explaining why in trading it’s so important, and indeed a luxury, to move to the sidelines and patiently wait for good set-ups.

I’m getting a firsthand taste of what’s going on in the real estate market. The landlord of the condo I rent decided to put my place, and the two other properties he owns in the area, up for sale. Can’t say I blame him, as he got a bid the first day at his asking price which was a 250% increase from what he paid in 2017; the majority of the value increase occurred in the past 12 months. As they say on the backslapping FinTwit, “Congrats.”

Climb on Board the Options360 Concierge Trading Service for the Unbelievably Low Rate of $19!However, that left me needing to move upon my lease’s expiration at the end of September. Problem is, nothing for rent is available in my location. Unless I blow up my budget. The Zillow (Z) website currently shows a handful of rentals whereas a year, let alone 2-3 years ago, the purple dots covered the whole coastline. 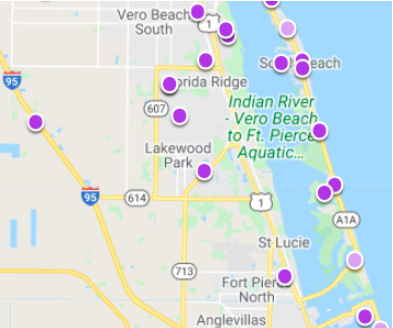 But unlike trading, I can’t wait or stay in cash; I need a place to live.  So, I went from laughing at all the people-bidding stories above asking price, often sight unseen, to joining their ranks.  I just signed a lease for an apartment with a 60% increase in my rent. I didn’t look at the apartment — the pictures on the website were my due diligence.  I’ll need to pay rent on two places for two months lest I risk ending up pitching a tent on the beach.  Truth be told: I love the beach but hate camping.

The point being, unlike stocks where we tacitly step aside or even take bearish positions.  When it comes to your residence, there’s much less flexibility — you pay the going price.

This lack of price insensitivity is a reason the stock market remains so resilient.  Most money managers need to be fully invested at all times. A cash position of anything more than 10%  wouldn’t be viewed as prudent, but as a duty dereliction, especially during a booming bull market.

By contrast, Options360 Concierge Trading Service has elected to enjoy our selective and flexible approach. Will there be some regrets of missing a trade? Sure, on both the up and downside; it comes with the territory.  However, Options360 members are appreciative that we protect capital and consistently build our returns.  And no one’s sleeping on the beach or a park bench. As far as I know.